RZA: ‘My Wish as a Black Man Is That People See Us With Our Aspirations’ 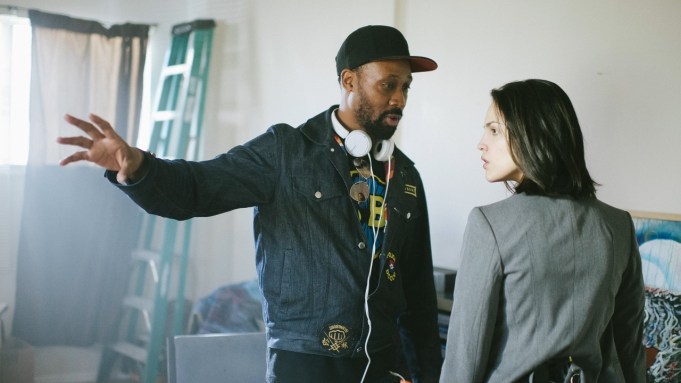 “Cut Throat City” marks RZA’s third directed feature film, and he says it’s the project he feels the most confident in as a filmmaker.

“So, the third feature really for me is what I would call the consolidation piece. I feel concrete in my style of storytelling,” he says.

The story of a young creative struggling to find his place in the world resonated with RZA, as it echoed his own early days as a young rapper and musician in the 1990s.

“A story about four men with artistic talent trying to find their way out of things — it kind of reminded me of my own struggle as a Wu-Tang member, trying to make it and going through the obstacles,” he says.

And while the pounding action takes center stage, at its heart, “Cut Throat City” — written by P.G. Cuschieri — is a story about systemic inequality and how communities of color are shoved to the margins, left fighting for scraps amid major catastrophes, like a hurricane.

It’s been almost 15 years since Hurricane Katrina, but the conversation around systemic racism and socioeconomic inequality has dominated the news cycle since last spring, galvanized, in part, by the aftermath of George Floyd’s death and a pandemic that has disproportionately affected Black and Latinx communities. RZA says he’s glad that the conversation about inequality is taking place at all.

“I guess one part of me has to be appreciative that there is a dialogue. Many times, it’s like somebody smells in a room, and no one says nothing,” he says with a laugh, adding that he hopes his work renders a fuller expression of what it means to be a Black man in America. “My wish as a Black man is that when people see us, [they see us] with our aspirations. Because aspirations are like a burning fire that people help put logs on so it could burn to its full potential. Don’t let that aspiration turn into a case of desperation.”

Turning aspirations into reality is the heart of another project of which RZA is at the helm, Hulu’s “Wu-Tang: An American Saga,” a scripted series based on the rap group’s early years in New York, which was renewed for a second season in January. Last month, RZA confirmed exclusively to Variety that founding member U-God will be depicted in Season 2.

During Hulu’s NewFront presentation in June, RZA called on Hollywood heavy hitters to use their platforms to fight racism.

“Our first role is to entertain. When I turn on my TV set or my video games, it’s to be entertained. But in the midst, knowing that entertainment has such an inspiration and influence on culture, it becomes like another level of responsibility. … We have the ability to entertain and educate,” he said. “So now that we see that we have a problem of inequality and that racism is a big challenge to overcome, we have a platform to educate about that. We have a platform to show stories that could help us all understand each other better.”

RZA says his love of film — which ranges from martial arts classics to historical dramas like “Schindler’s List” to Judd Apatow comedies — and history has allowed him to find a shared humanity, something he thinks Hollywood can lean into. He concludes his thoughts on the subject with a nod to one beloved superhero’s words of wisdom: “As they say in ‘Spider-Man,’ with great power comes great responsibility. Let’s use it.”