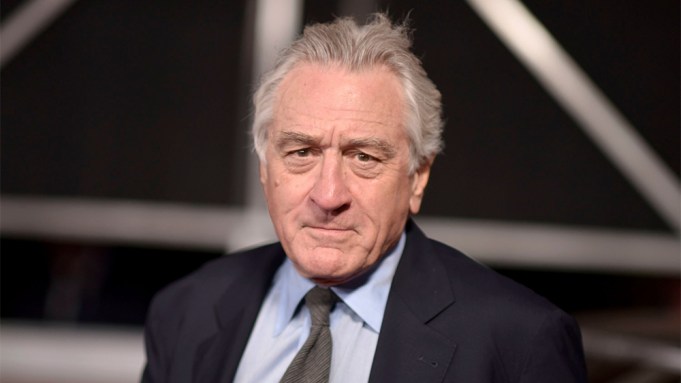 Robert De Niro, who was nominated this year for an Academy Award for producing “The Irishman,” plays against type as a completely incompetent producer in the first trailer for the showbiz comedy “The Comeback Trail.”

To get the mob off his back, De Niro’s disheveled producer decides to make a Western starring the washed-up Duke Montana (played by Tommy Lee Jones) in order to “accidentally” kill him during a stunt in order to collect on the life insurance policy. The problem is that Duke is apparently immortal. He survives a daily game of Russian Roulette, a fall into a massive canyon and being engulfed in flames.

Morgan Freeman stars as the mobster, who appears at the start of the trailer threatening to kill De Niro’s Max Barber and accuses him of lying about paying his debt.

“I swear I’m not lying,” De Niro responds. “OK, I’m lying a little bit but I’m a producer, that’s what I do and I will have your money in full. I promise you.”

Emile Hirsch stars as rival producer along with Eddie Griffin and Kate Katzman.