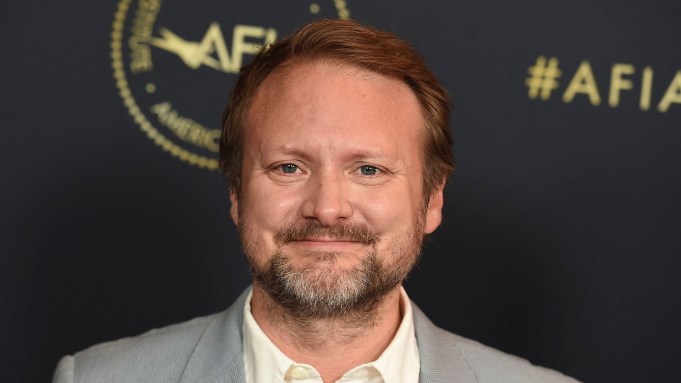 Among the many twists and turns in his thoroughly modern whoddunnit, “Knives Out” writer-director-producer Rian Johnson can count one more — an Oscar nomination for best original screenplay.

“Im blown away, man. We just set out to make a fun movie that audiences could enjoy,” Johnson told Variety in the very early hours of Monday morning. “We never imagined we’d be in a conversation like this.”

A sharp and darkly funny take on the detective thrillers, the Lionsgate release has generated more than $250 million in worldwide box office grosses to date. His heavyweight ensemble cast was led by Daniel Craig, Ana de Armas, Jamie Lee Curtis and Chris Evans — the quality of which he credits to the small production window and luck.

“Part of what helped [pull together this ensemble] was the speed — Daniel Craig had a very tight window to shoot before Bond. It was literally, ‘Can you come to Boston in two weeks and shoot this?” Johnson says.

Only a week ago, reports hit that Johnson is exploring a sequel that would follow Craig’s detective character, an intensely Southern-accented sleuth Benoit Blanc.

“I’m always kind of saying, ‘If this movie does all right, I would be thrilled to another one.’ But a lot has to happen. I have to write a script. The fun thing is thinking about it in the context of Agatha Christie and Poirot or Miss Marple. That way the sky’s the limit. It’s, ‘What is the next case?’ It’s not about building a mythology around the character,” he says.

Johnson also confirmed he may still have another gig in a galaxy far, far away. When asked if he was still in active development on any future “Star Wars” projects, he responded: “I’m still talking to Lucasfilm but they haven’t announced anything on their slate yet.”

“Knives Out” will do battle for best original screenplay when the Oscars airs live from Hollywood’s Dolby Theater on Feb. 9.