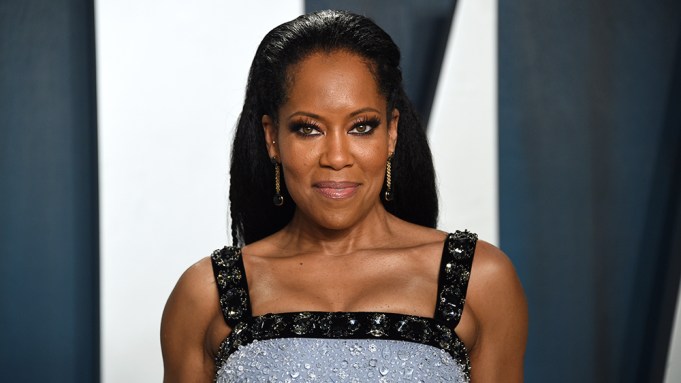 Amazon nabbed the film after a competitive bidding war between a number of studios. Details of the sale were not disclosed, but insiders say it was one of the biggest independent film sales in history. Though rivals offered more money for “One Night in Miami,” sources say the filmmakers wanted to work with Amazon because of their passion for the movie.

Written by Kemp Powers and based off his 2013 stage play, “One Night in Miami” takes place in 1964 and follows a young Cassius Clay — who later becomes known to the world as Muhammad Ali –after he wins the title of World Heavyweight Boxing Champion.

The fictional story picks up the morning after the big fight, as Clay and his three closest friends — activist Malcolm X, singer Sam Cooke and football star Jim Brown — forge paths to becoming trailblazers in their own right.

“‘One Night in Miami’ beautifully captures a significant moment in history when these great minds gathered and ultimately helped shape the conversation of what we know today as the civil rights movement,” said Amazon Studios’ head Jennifer Salke. “Regina King is a force of nature – mastering her craft in front of the camera as we’ve seen in her extensive body of work, and now taking her talent behind the camera. We’re so proud to welcome Regina and Kemp to the Amazon family.”

King received an Emmy nomination on Tuesday for the HBO miniseries “Watchmen.” Her recent credits also include Barry Jenkins’ “If Beale Street Could Talk” and “Seven Seconds” on Netflix. King has directed episodes of television on shows such as “Scandal” and “This Is Us,” but “One Night in Miami” will be her foray into helming a feature film.

“Amazon’s enthusiasm for ‘One Night in Miami’ is both humbling and exciting,” King said. “I am honored to have them as partners on my feature film directorial debut.”

Powers recently co-wrote and co-directed Disney and Pixar’s animated movie “Soul,” due in theaters on Nov. 20.

Jess Wu Calder and Keith Calder of Snoot Entertainment and Jody Klein of ABKCO will produce the film, while King and Powers are serving as executive producers.

ICM Partners reps King and negotiated the deal on behalf of the filmmakers. King is also repped by attorney Nina Shaw and managed by John Carrabino.