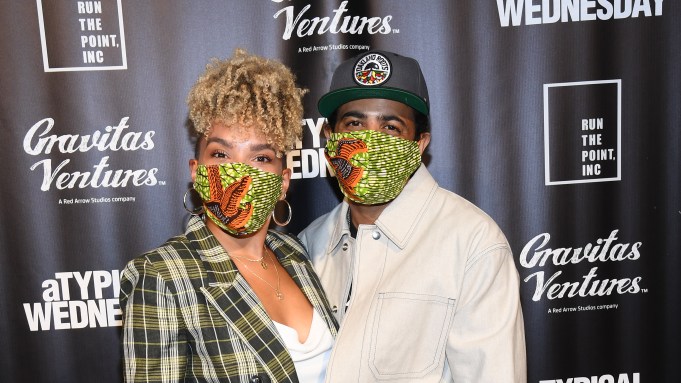 Despite the ongoing COVID-19 crisis and reports that cases were on the rise once again in California, a red carpet movie premiere took place in Hollywood on Wednesday night.

A screening and party for indie comedy “aTypical Wednesday” at The Montalban Theater Rooftop Cinema was the first red carpet premiere to take place since the start of the pandemic. The last carpet, Sony’s “Bloodshot” premiere in Westwood, was more than three months ago on March 10.

While the space could hold 200 people, the expected guest list was about 60 attendees, the movie’s writer, director and star J. Lee told Variety a couple of hours before the festivities kicked off.

Upon arrival, all guests, including Lee, had their temperatures taken and were required to wear face masks.

“The premiere kind of happened out of nowhere,” Lee said. “The theater said they got approval from the city as long as we keep it to a certain number and gave everyone a lot of space. I was just thinking, ‘How can I celebrate the win because it’s so hard to get anything made and how can I do it safely and smartly?’”

While Lee understands if friends or family skipped the festivities, he insisted, “Most people responded with, ‘Hell yeah! I want to get out of the house.’ Before I pulled the trigger I was nervous that people wouldn’t feel comfortable doing it so I took the temperature first, no pun intended. Most people said they wanted to support me, and the fact that it was outdoors on rooftop made it work.”

The indie film is about a man (Lee) who befriends a young boy (Cooper Friedman) because they both see therapists in the same building at the same time every Wednesday. The cast also includes Michael Ealy, Seth Green, Emmy Raver-Lampman, Michael Mosley, Kelen Coleman and Bresha Webb.

Some cast members walked the socially distanced red carpet, which was a bit quieter than normal. Only six photographers were present. Guests Daveed Diggs and Emmy Raver-Lampman even posed with matching green face masks. At the pre-party, people wore masks and chatted while several feet apart.

The movie’s distributor Gravitas Ventures had planned a theatrical release but opted to go straight to VOD (starting Friday, June 26) due to theater closures.