Panelists Discuss Intersectionality and Diversity in the Media Workforce 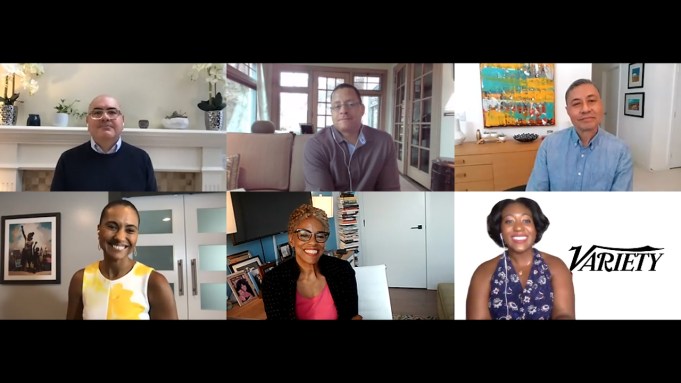 Allyship has been one of the most helpful shifts in bringing about diversity, equity and inclusion, said Vernā Myers, Netflix’s vice president of inclusion strategy.

“When people get busy becoming an ally they discover all sorts of powerful things and they become part of the solution,” she said during episode nine of Variety‘s Rebooting the Entertainment Industry series, sponsored by PwC and Ad Council, on Tuesday.

The episode covered “The Entertainment and Media Workforce,” specifically focusing in on diversity and equity in organizations creating media. Other panelists included Ben Lopez, executive director at the National Association of Latino Independent Producers; Blair H. Taylor, a PwC partner for people and organization and co-lead of diversity and inclusion; Craig Robinson, external vice president and chief diversity officer at NBCUniversal; and Christine Simmons, chief operating officer of the Academy of Motion Picture Arts and Sciences.

Though it’s been a decades-long conversation across industries, Simmons emphasized the important changes that are being made to how companies are handling employees and employee diversity.

“Many folks are already, in our communities, disproportionately affected by COVID … and then to layer on top of that the social injustice and challenges that we’re facing head on in real ways,” Simmons said. “So I think the conversations have been heavy. I think that they’ve been more honest than they probably had been in the past, and I think that it is looking at the system a lot more than it is looking at the people.”

Many of the panelists expressed the importance of considering intersectionality when bringing about change for the better. Robinson, who identifies as Black, Asian-American and part of the LGBTQ+ community, said it’s important to support other groups toward their march for equality, rather than limiting the scope to just what personally affects those who look or identify like you do.

“We as underrepresented communities feel like it’s a zero sum game at some points; we’re fighting over one sliver of the pie, that we’re not fighting over the whole pie,” Robinson said. “And I think this is a moment where we have to say there is a larger pie and we are going to ask for our piece of that pie. So if for this moment, Black Lives Matter is taking the priority, that will help lift all boats at some point.”

Recent years have seen sizable shifts in how companies view diversity. Having a diverse staff used to be a token idea that very few organizations strove for, but executives are beginning to realize that it’s no longer an option, but more of a requirement, Taylor said.

“I think there’s an awakening and it’s slow,” he said. “It hasn’t necessarily penetrated every company, but companies are awakening to the fact that we’re living through a different era. And I think that’s a very important distinction.”

But on the flip side of the progress, Robinson noted that not everybody is on board. Acknowledging that a panel like this is a sort of “echo chamber,” he explained it’s easy to get caught up in the like-minded thoughts of many vocal supporters of diversity, equity and inclusion. But the numbers aren’t as unified as they may seem.

Some companies may be home to a large number of people who believe diversification to be an attack on jobs already held by white people, while others may be on board for change, but not have the skills in their arsenal (or people of color in their ranks) to be vocal about it in an authentic way. Robinson said these realities must be accounted for in order to see real progress for the movement.

“There’s a large percentage of people who do not embrace diversity, equity and inclusion, at all. They want things to stay exactly the same as they are now, or maybe even go backwards,” Robinson said. “We know our aim is true, but as we do our work we need to develop talking points as well to speak to that percentage of people, and it’s [in the] double digits, that don’t believe in this.”

Watch the full panel below.