Ray Fisher to Joss Whedon: ‘Sue Me for Slander’ if ‘Justice League’ Abuse Allegations Are Untrue 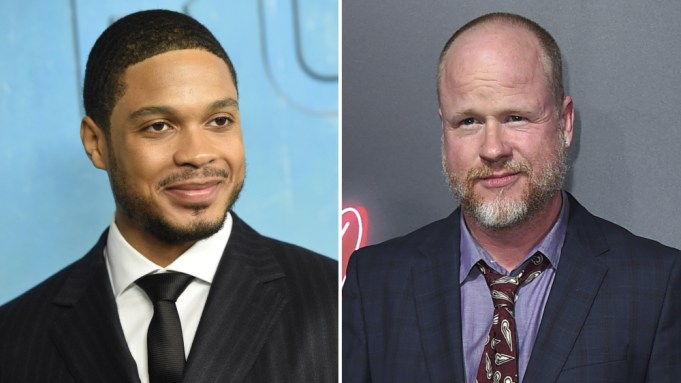 In a live panel for the independent “Justice League” fan convention JusticeCon on Saturday, actor Ray Fisher claimed that he is undergoing “a process” to get to “the heart” of his earlier allegations that director Joss Whedon engaged in “abusive, unprofessional” behavior on the set of the 2017 DC Comics adaptation.

Fisher was asked to compare working with Whedon to Zack Snyder, the original director on “Justice League” who left the film due to a family tragedy. Whedon took over directing and writing duties for extensive reshoots on the project, which opened in November 2017 to mixed-to-negative reviews and disappointing box office returns.

Fisher once again offered no specific details or independent confirmation about his claims. But he said he did not choose to make them lightly.

“It’s taken me two and a half years to get all the information I need to be able to build something that’s strong enough so people can’t dismiss it,” he said. Fisher said he spent those years approaching people to see if they would be “willing to speak” about their experiences on the film if it was “with anonymity, confidentially.”

“People go, ‘Yeah, I would.’ And so we’re in the process of making sure that people can tell their stories in a confidential way that they don’t get any sort of retribution done against them,” he said. “We’re gonna get to the heart of everything. And if anything I said about that man is untrue, I invite him wholeheartedly to sue me for libel, to sue me for slander.”

Fisher also responded to Berg’s statement to Variety that it was “categorically untrue that we enabled any unprofessional behavior” on the “Justice League” set.

“His denial of the situation, his denial of the enabling of that situation was asinine, it was tone deaf, and it was completely disrespectful to the situation,” Fisher said. “That man is scared. He should also be, because we’re going to get to the heart of it. And if you keep in mind, he did not deny that there was any unprofessional behavior. He did not deny knowing about any individual behavior. He said that ‘we’ — meaning, assuming ‘Geoff Johns and myself’ — ‘we did not enable any unprofessional behavior.’ You can look at that statement and tell it’s a knee jerk statement of an individual who is scared.”

Whedon, Berg and a representative for Warner Bros. did not immediately respond to requests seeking comment.

Whedon had no comment on Fisher’s allegations when he first made them, in keeping with his overall silence on general fan reaction to “Justice League,” especially demands that Warner Bros. restore Snyder’s original version of the film and “release the Snyder cut.”

In May, Snyder announced that he is currently working on an extended cut of the film, which will debut on HBO Max in 2021.

Fisher made clear he had no regrets about making such public allegations against one of the film industry’s most successful directors.

“I find myself in a place where I don’t have to justify the way in which I’m handling it,” he said. “Whatever happens to me with respect to my career or whatever that is, I could not care less.”