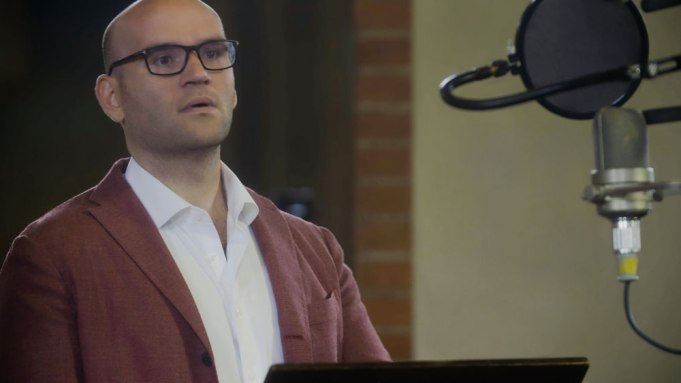 When Michael Fabiano was starting out as an opera singer 13 years ago, he was advised to stay in the closet and that coming out as gay could be a career killer.

“That was frustrating because my friends and my family know my personal life, but I can’t actually talk about my personal business with anyone outside of this kind of glass circle that I have?” Fabiano tells Variety from Europe, where he’s been performing in theaters under strict COVID-safe protocols.

Most in the opera world didn’t know he was gay until he announced his engagement in August 2017 to marketing consultant Bryan McCalister. By then, Fabiano was a decade into his award-winning career. “I had a lot of perplexed emails from people not realizing I was gay,” he says. “They had no clue I was gay because I never talked about it publicly. I never made a public declaration about it.”

While Fabiano and McCalister have since divorced, they were the first same-sex couple to be married at the Metropolitan Opera in New York City two years ago. Their wedding was covered in an expansive story in The New York Times’ Vows section.

Fabiano’s life story is now the subject of “Crescendo,” a new documentary short from Quibi that will have its world premiere in November during Doc NYC. The 10-minute film will launch on the streaming platform on Dec. 7.

Fabiano, who grew up in New Jersey, made his stage debut in 2007 at Austria’s Stadttheater Klagenfurt in “La traviata.” Three years later, he had his first concert at Carnegie Hall, and his debut at the Metropolitan Opera. In addition to performing, Fabiano also runs ArtSmart, a non-profit that provides singing lessons to underserved youth.

Fabiano’s family has never had a problem with his sexuality, but he says he was worried most about telling his late grandfather. “I said about 10 words about it, and my grandfather just smiled,” says Fabiano. “And he said, ‘I know you’re gay.’ And I said, ‘Really?’ He said, ‘Yeah, you haven’t brought a girl home! So why don’t you bring a guy?’”

However, Fabiano knows not all LGBTQ youth have supportive families. “To any young person who is struggling and concerned what their family is going to say, know that your family can have a very different makeup,” Fabiano says. “If it’s not your physical family, it can be friends. It can be mentors.  There’s always a shining light, but sometimes you have to search for the light.”