Why Pride Is Still as Important as Ever (Column) 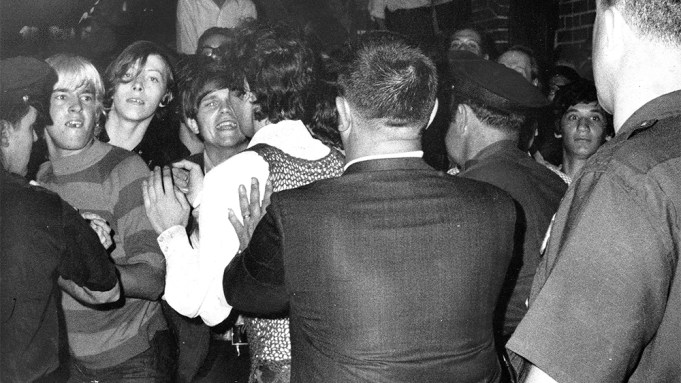 For two months, Variety’s writers, editors and photographers have worked on putting together our annual Pride issue. Given the nationwide outcry and widespread protests in response to police brutality and the senseless death of George Floyd, we considered postponing the edition.

But as we discussed it among our staff, we were reminded that Pride and activism go hand in hand. The LGBTQ rights movement was born out of the June 28, 1969 Stonewall riots. After New York police raided the Greenwich Village gay bar, arresting and assaulting its patrons —- many of whom were queer people of color — thousands of members of the LGBTQ community took to the streets to protest discrimination. The riots became a rallying call for equality.

Too often, the stories and voices of members of the Black queer community have gone unheard. In our issue, Daniel D’Addario profiles “Pose” star Indya Moore about how they’ve been spending their time in self-isolation and what their groundbreaking TV show taught us about vulnerable communities during a pandemic. James Patrick Herman talked to rapper, actress and radio personality Da Brat, whose real name is Shawntae Harris, about her decision to come out at 46, and if it will pave the way for others to follow in the hip hop world. And Caroline Framke profiles the drag performers who have taken their acts digital as bars and restaurants have shuttered.

We first started brainstorming what this year’s edition could be back in February — which now seems like a lifetime ago. On our way to a lunch with GLAAD chief executive Sarah Kate Ellis, our New York bureau chief Ramin Setoodeh, executive editor Brent Lang and I came up with an idea for a gallery in our issue, celebrating love in the LGBTQ community.

We decided the best way to tell that story was to feature couples from the entertainment industry recounting their personal tales of when and how they met.

Of course, what we couldn’t have anticipated was that shortly after that February afternoon, a mysterious illness called COVID-19 would find its way to New York and soon become a global pandemic. By the time we got ready to photograph everyone in April, our biggest challenge was getting the eight couples to agree to let us shoot them given the social distancing orders that were in effect.

Once they were assured that we’d conduct very pared-back shoots, with portrait photographer Joe Pugliese and our photo director Jennifer Dorn being the only crew, they all signed on to being shot in quarantine outside their Los Angeles homes. We are proud of our gallery, which will be posting online on Thursday. And in subsequent phone interviews with our subjects, we learned about how Netflix’s Jason Bolden met his husband Adair Curtis; when Kiersey Clemons fell in love with her stunt double Ebony De La Haye; and the network sitcom that brought Melissa Etheridge to her wife Linda Wallem.

Some other standout stories in the issue: Setoodeh’s engaging profile of Cara Delevingne, the young British actor, model and singer’s journey to accepting her own identity as pansexual. We also feature an illuminating story by Meg Zukin about how a new generation of gender-nonconforming actors are “writing their own rulebook and using social media to educate the world about their identities.” And Bowen Yang, the breakout star of “Saturday Night Live,” recalls to Framke how he learned to overcome biases growing up as a gay Chinese-American comedian.

Our annual Power of Pride list looks at those in Hollywood who are using their spotlight to foster inclusion and understanding, including “Hollywood’s” Janet Mock, Grammy-winning rapper Lil Nas X, “The Inheritance” playwright Matthew Lopez and WarnerMedia Entertainment chairman Robert Greeblatt.

In an interview with Brent Lang, GLAAD chief Ellis reminds us all that although the LGBTQ community and Hollywood have made strides in recent years, “more needs to be done.” People can still be fired or denied service “because of who they are or who they love.”

That is precisely why we chose to celebrate who they are and who they love.

This week’s issue, honoring those from the LGBTQ community who continue to battle unthinkable prejudice and inequity, now takes on even deeper meaning as people of all races and sexual orientations stage a much-needed rebellion against human injustices in our culture and nation.