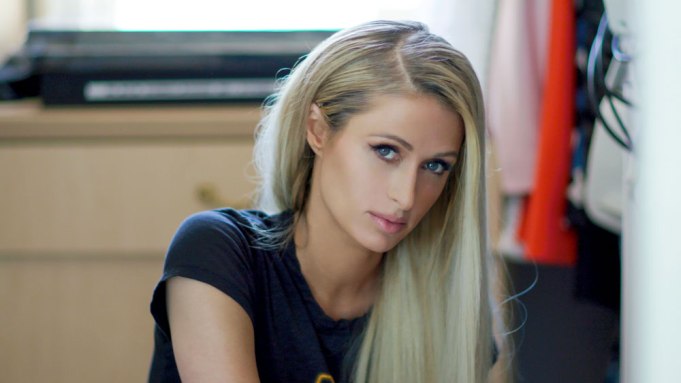 Paris Hilton is known as a business mogul, a reality TV star and has been dubbed the “original influencer.” But how much of the persona is the “real Paris?” And where did this filtered, curated and celebutante image come from? Those are the questions her YouTube Originals documentary “This Is Paris” hopes to answer, peeling back the layers to reveal how Hilton created the character the world thinks they know.

“I feel that I’ve grown up so much, especially in the past year,” Hilton tells Variety in an interview conducted over Zoom. “Doing this film, I just had so many realizations and realized who I truly am and why I am the way I am.”

In the documentary, which is now streaming on YouTube, Hilton details her rise to fame and her childhood trauma, alleging that she was physically and emotionally abused while at attending boarding school. It’s the first time Hilton has opened up about the experience publicly and, as shown in the movie, the first time she’s opened up about it privately as well. And Hilton wasn’t prepared to be so candid. In fact, filming the documentary at all was a surprising move, especially since she did not serve as a producer on the film. Hilton admits that it was a big risk, since she’s always had “complete creative control” of her business ventures, which consists of 19 different product lines, including a line of 27 fragrances valued at $3 million.

“My first reaction was ‘No’ because I’ve been offered to do this so many times and I’ve said ‘No,’ ” Hilton explains. “I just didn’t feel like it was the right time ever.”

After director Alexandra Dean and the production company shared their vision and concept for the film, the team eventually wore Hilton down. But giving up control was even tougher than she imagined.

“During the editing process when we were watching the final film, there was so many things [where] I was like ‘Oh my god, I cannot have the world see this, like we need to cut that part out,’” Hilton recalls. “But after talking with [producers] and them explaining to me why it’s important to keep all this in, I just said, ‘You know what, this is real. This is who I am. And I might as well show the world that, [rather than] showing the person I invented who really isn’t me.’”

In the film, Hilton recounts the time she spent in boarding schools for teens with behavioral problems in the late 1990s. She also details the terrifying moment two people took her from her bedroom in the middle of the night to go to one of those schools, Provo Canyon School in Utah, while her parents looked on in tears. Though her parents, Rick and Kathy Hilton, chose to send her to the program, Paris explains that until making the documentary they were not privy to the treatment she endured there.

“It was very emotional,” Hilton says of filming the doc. “I’m kind of nervous to watch it with them. I know it’s going to be so hard for them to see. … I’m just really putting it all out there. So, I think it’s definitely be hard for my mom and dad to watch that.”

But, as painful as it was to relive, Hilton thinks sharing her secret will have a positive effect.

“I feel by me telling my story and having the courage and being brave is going to help a lot of other people who want to come out and tell their story,” she says. “And expose these places for what they’re doing to children. My ultimate goal is to shut these places down because they shouldn’t exist and no child should ever have to go through what I went through.”

In a statement to Variety regarding Hilton’s claims of abuse, a representative for Provo Canyon school writes: “Originally opened in 1971, Provo Canyon School was sold by its previous ownership in August 2000. We therefore cannot comment on the operations or patient experience prior to this time.”

“Provo Canyon School today is an intensive, psychiatric residential treatment center for youth between the ages of 8 and 18 that have special, and often complex, mental health and emotional needs,” the statement continues. “We offer innovative, evidence-based therapeutic interventions, academic instruction and life-skills training tailored to the needs of each of our students.  Leadership and staff are highly committed to providing effective treatment, compassionate care and a nurturing environment for the students and families we serve. Provo Canyon School is licensed by the State of Utah, Department of Human Services; it is accredited by The Joint Commission (national accreditation of hospitals) and Cognia/AdvancED for academic services.”

It concludes: “We do not condone or promote any form of abuse. Any and all alleged/suspected abuse is reported to our state regulatory authorities, law enforcement and Child Protective Services immediately as required. We are committed to providing high-quality care to youth with special, and often complex, emotional, behavioral and psychiatric needs.”

Hilton says that since joining the “Breaking Code Silence” movement — an initiative that encourages survivors to speak out about their experiences in the troubled teen industry — she has received an incredible response from others who’ve experienced similar situations.

“I have received tons of letters from other survivors who have thanked me for being brave and telling my story because they feel like they can open up and tell theirs as well,” she says. “We are working to reform the troubled teen industry, by pushing for legislation which will create better rules of operation, oversight and accountability. People can go sign the petition to call for reform. I am in contact with Oregon [state] Sen. Sara Gelser to support her efforts to pass legislation to finally change the industry and save other children.”

In unpacking her traumas, Hilton tries to show how they directly correlated with her achievements – saying that she got through prolonged periods of solitary confinement by imagining a life of success and riches. She also revealed that her time at the boarding schools led her to affect the high-pitched voice that she’s known for using when she’s being “Paris Hilton.”

“I then used it for ‘The Simple Life’ as part of my brand,” she explains. “Now that I have told people about it, I definitely find myself speaking in my normal voice.”

And since Hilton started filming the documentary — and the process of finding herself — she says her priorities have shifted drastically. In 2011, Variety celebrated Hilton as a “Billion Dollar Entrepreneur,” best known for co-starring with Nicole Richie on 2003’s “The Simple Life,” being followed incessantly by paparazzi, and that infamous sex tape leaked in 2003 by a former boyfriend. Today, Hilton has 30 million followers across YouTube, Twitter and Instagram, as well as 19 product lines. And in many ways, she sees this documentary as a chance to “redefine” the Paris Hilton brand by turning her focus to more social justice causes.

Hilton is not alone in making the pivot. Kim Kardashian West (who started her career in the spotlight as Hilton’s stylist) and Kris Jenner make cameos in the documentary, crediting Hilton with starting it all. Kardashian West has also notably transitioned to using her celebrity to promote social causes – particularly dedicating herself to U.S. prison reform.

“Our families instilled in us the importance of giving back from as young as I could remember,” Hilton says of Kardashian West’s social work. “I love using my platform to shine light on causes that are in need and I really admire and applaud Kim for all the work she is doing.”

Hilton also reacted to the Kardashians’ recent announcement that they’ll end their reality series after 20 seasons. Predicting the future of the reality landscape, Hilton says, “I think that we will start seeing a lot more people from the reality world shifting their focus towards building their brands and businesses. I am so focused on being an entrepreneur that I don’t have time to do reality TV, but I am working on other TV projects.”

The coronavirus pandemic has also affected the way Hilton works. She normally finds herself on a plane 250 days a year for DJ gigs, personal appearances and business meetings, but since March, she’s been relying on virtual platforms like Zoom. And she expects to see lasting affects for other influencers who make travel their work. “There’s going to be more innovation in the next two to three years, then there would have been in 10 years,” she says.

The prospect of change doesn’t concern the superstar much. Seven years ago, Hilton came up with the idea for a “Club Paris” virtual reality experience; now she has begun to see the nightlife industry switch to virtual partying in light of the pandemic. Most recently, Hilton launched the #ThatsHot challenge via TikTok on Sept. 8. The post that invoked her 2000s catchphrase broke 1 billion views in only 24 hours. For the challenge, creators will create videos using the hashtag and Hilton will pick her top videos to duet with and respond with a ranking of “That’s Hot” — or not.

“I think it’s amazing what [social media has] morphed into,” Hilton says. “Obviously there is some negative that comes along with it. But the people who are using it in the right way, I’m just so impressed. … Because the more people talk the bigger difference that can make. I think activism and being an activist is the new influencer.”