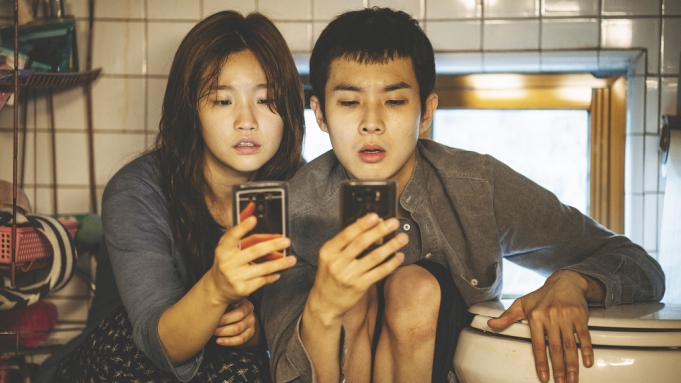 Neon is doubling the North American run of best picture Oscar winner “Parasite” to as many as 2,000 locations.

Bong Joon Ho’s “Parasite” is the first non-English-language movie ever to win the Oscar for best picture. The South Korean film took in $1.6 million at 1,060 domestic locations during Oscar weekend, lifting its cumulative take to $35.5 million since early October. The darkly comic thriller won Oscars for picture, director, international film and original screenplay.

Even though “Parasite” has been available on DVD since Jan. 28, prospects are solid for significantly more box office. Best picture victors typically see a notable bump in business, as was the case for last year’s winner “Green Book,” which grossed 18% ($15 million) of its total North American take after the Oscars. “The Artist” took in 29% ($13 million) of its final gross after winning best picture and “Moonlight” amassed 20.2% of its total post Oscars.

“Parasite” premiered in May at the Cannes Film Festival, where it won the Palme d’Or. Neon, founded by Tom Quinn in 2017, bought the North American rights to “Parasite” from producer CJ Entertainment at the American Film Market in 2018.

The story centers on four members of a poverty-stricken family ingratiating themselves to a wealthy couple. The film opened with a stellar $393,216 at three theaters in New York and Los Angeles over the Oct. 11-13 weekend. “Parasite” has already taken in $130 million in international markets.