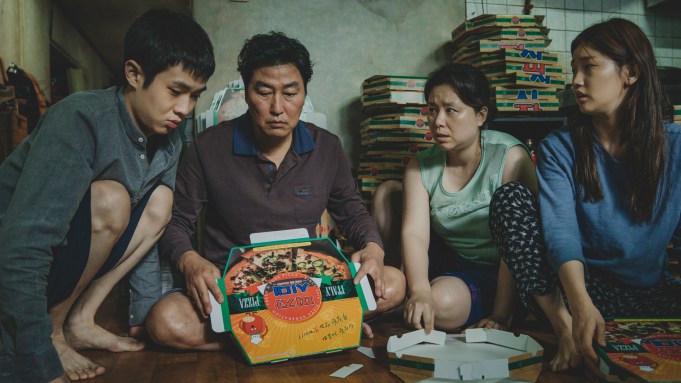 “Parasite” made history on Monday, becoming the first South Korean movie to be nominated for best picture and best international film.

Given South Korea’s rich film history, it’s remarkable that Academy Awards voters have largely ignored the country’s movies. In 2018, there was a great deal of optimism that Lee Chang-dong’s “Burning,” an acclaimed thriller, would become the first film from the country to earn a best international film nod. It was the first South Korean film shortlisted for the honor. However, when nominations were announced, it was not on the ballot.

Bong Joon Ho also picked up a nod for best director, in addition to original screenplay with Jin Won Han. It also got a film editing nod for Jinmo Yang and a production design nod for Lee Ha Jun and Cho Won Woo.

“Parasite” was warmly embraced by critics when it world premiered at last year’s Cannes Film Festival. The story of a family of small-time con artists and grifters who become entangled with a wealthy businessman, his wife and their children was praised as a twisty thriller that had incisive things to say about income inequality. It went on to become the first Korean film to win the Palme d’Or, Cannes’ highest honor.

The film, which was released by Neon, was also a box office hit, grossing an impressive $25.4 million in the U.S. and $132.3 million globally. It was also announced last week that the movie is in development as an HBO miniseries. Bong’s other films include “Snowpiercer,” “The Host” and “Mother.” South Korea previously submitted “Mother” as its official Oscars entry, but it failed to even be shortlisted.

In another milestone for the country, Yi Seung-Jun’s “In the Absence” became the first South Korean movie to be nominated for best documentary short. The film examines a 2014 ferry sinking disaster that killed 304 passengers and crew members.

In an interview with Variety in November, Bong said he hoped any Oscar attention would encourage viewers to find out more about South Korean cinema.

“Korean cinema has a long history,” he said. “There are many masters that have yet to be introduced to the Western audience. It would be great if people take more interest in Korean cinema due to my nomination.”