Continue to Variety SKIP AD
You will be redirected back to your article in seconds
Feb 10, 2020 9:54am PT 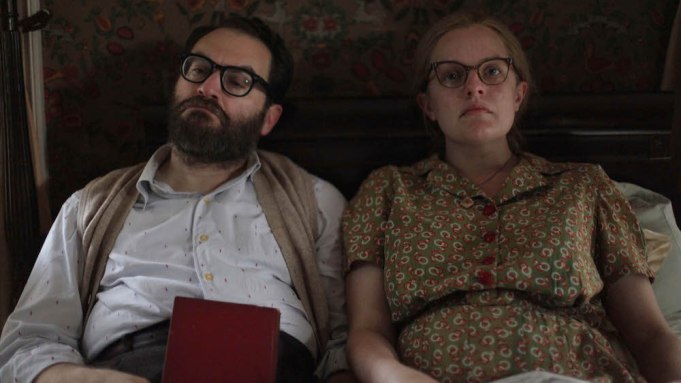 Neon has purchased North American rights to Josephine Decker’s “Shirley,” a drama about novelist Shirley Jackson that premiered at this year’s Sundance Film Festival. The film stars Elisabeth Moss as Jackson, a writer whose work intertwined elements of the macabre with sly social commentary, most notably in her short story “The Lottery.”

The pact closed hours after Neon stunned the Oscars when “Parasite,” the darkly comic South Korean thriller it distributed in the U.S., became the surprise best picture winner.

“Shirley” follows a young couple, Fred and Rose, who move to a Vermont college town, and get free room and board from professor Stanley Hyman, in exchange for cleaning up the home and looking after his wife, Shirley Jackson. At first Fred and Rose detest the rocky household of the eccentric couple, but they eventually establish deep bonds with their counterparts, straining their relationship. The cast also includes Michael Stuhlbarg, Odessa Young and Logan Lerman.

A sale has been rumored for sometime. However, spokespeople for Neon previously denied that they were finalizing a deal for the film.

Neon had an a big Sundance presence, partnering with Hulu to buy “Palm Springs,” in a $17.5 million deal that set a new benchmark for a festival sale by 69 cents (in reality, insiders say the sales price was north of $20 million).

Paradigm represented the filmmakers in the deal.