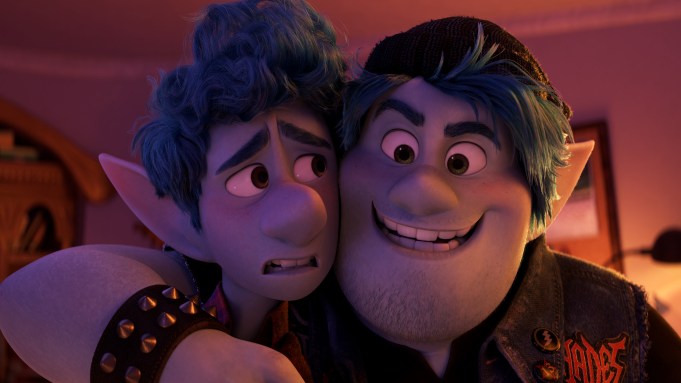 Disney-Pixar’s family friendly “Onward” should repeat as the top film with $12.5 million at 4,310 locations, representing a steep 68% decline from its opening weekend. Friday’s take for “Onward” was $3.3 million, plunging 73% from opening day on March 6. The typical second-weekend decline would have been in the 50% range.

Total domestic business is projected to gross as little as $60 million for the weekend. AMC and Regal, the nation’s two largest circuits, and several other chains announced Friday that they have cut capacity by 50% in their auditoriums to address safety concerns by allowing for individual patrons to sit next to empty seats.

“Movie theaters are doing the right thing by reducing capacity in light of the current situation, but naturally this will have an impact on the box office bottom line this weekend,” said Paul Dergarabedian, senior media analyst with Comscore.

Lionsgate’s faith-based drama “I Still Believe” appears to be the one new release that’s performing in line with pre-release estimates and should finish second with about $11.6 million at from 3,250 venues. It was the top performer on Friday with $4 million, and it garnered an A Cinemascore from opening day audiences.

“I Still Believe” is based on the life of contemporary Christian singer Jeremy Camp (played by “Riverdale” star KJ Apa) and his first wife (Britt Robertson), who was diagnosed with ovarian cancer shortly after they wed. The film is directed by siblings Andrew and Jon Erwin, who also helmed 2018’s “I Can Only Imagine.” “I Still Believe” is the first production by the brothers’ Kingdom Story Company.

Sony’s opening of superhero pic “Bloodshot,” starring Vin Diesel, is heading for third place with an estimated $9.4 million at 2,861 screens, slightly under pre-weekend projections for a $10 million start. Audiences gave it a B on CinemaScore.

Universal has two Blumhouse horror titles battling for fourth with about $6.4 million each — the third weekend of “The Invisible Man” at 3,636 sites and the launch of newcomer “The Hunt” at 3,028 locations. Elisabeth Moss’s “The Invisible Man” is declining by 58%, the lowest decline among holdover titles in the top 10, and will finish the weekend with around $65 million in its first 17 days.

“The Hunt,” a dark political satire portraying elites hunting people for sport, was delayed last year amid backlash over school shootings. The film came in under pre-release forecasts in the $8-9 million range. Opening day audiences were unimpressed, giving the film a C+ on CinemaScore. “The Hunt” carries a $14 million budget.

Paramount’s fifth weekend of “Sonic the Hedgehog” came in sixth with $2.9 million at 3,041 locations, declining by 62%. The video game adaptation will wind up the weekend with $146 million in North America.

Focus Features’ fourth weekend of 19th Century romance movie “Emma” will probably finish ninth with $1.7 million at 1,732 locations. The figure represents a 71% decline. The Jane Austen adaptation will have a total North American take of $10 million by the end of the weekend.

Sony’s ninth weekend of “Bad Boys for Life” is heading for 10th place with $1.4 million at 1,451 sites as the studio reduced the location count by more than 700. The Will Smith-Martin Lawrence buddy comedy declined by 63%. “Bad Boys for Life” is the  top domestic performer among titles released in 2020 with $204 million in two months.