Olivia Colman and Anthony Hopkins’ ‘The Father’ Gets Release Date 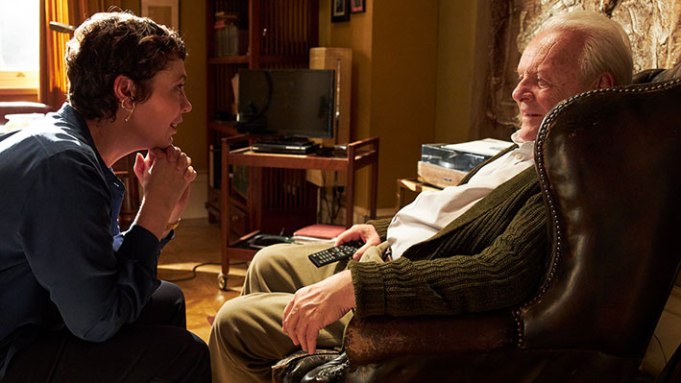 Florian Zeller’s drama “The Father,” starring Anthony Hopkins and Olivia Colman, will be released by Sony Pictures Classics in New York and Los Angeles on Dec. 18, followed by most major markets on Christmas Day.

The movie was acquired ahead of its world premiere at the Sundance Film Festival earlier this year and is screening at the Toronto International Film Festival, where Hopkins is receiving this year’s TIFF tribute actor award on Tuesday.

Written by Zeller and Christopher Hampton, “The Father” also stars Mark Gatiss, Rufus Sewell, Imogen Poots and Olivia Williams. Sony Classics also released the official trailer, which opens with Hopkins’ character telling his daughter that she’s moving to Paris — even though she insists that she’s not moving — and resisting to Poots’ character moving into his apartment to become his caregiver.

“I don’t need her or anyone else,” he declares. “I can manage very well on my own.”

Variety‘s Owen Gleiberman gave the film a strong review at Sundance: “‘The Father’ does something that few movies about mental deterioration in old age have brought off in quite this way, or this fully. It places us in the mind of someone losing his mind — and it does so by revealing that mind to be a place of seemingly rational and coherent experience.”