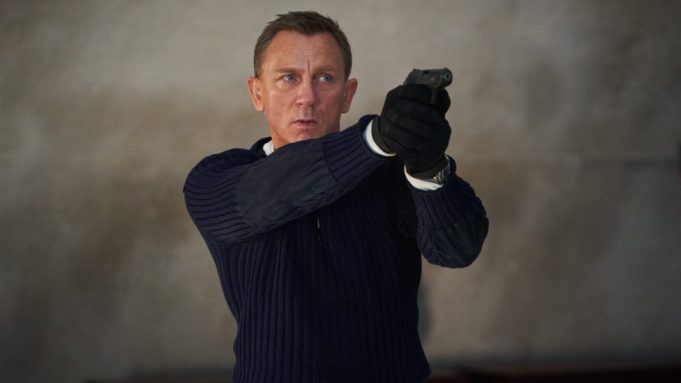 “No Time to Die,” the 25th movie in the James Bond franchise, unveiled an explosive new trailer on Thursday.

The mission that changes everything begins… #NoTimeToDie in cinemas this November. pic.twitter.com/nBP6aUrwDy

The trailer packs a serious amount of action in its 2 1/2 minutes and features all the thrills fans of the globe-trotting superspy could hope for from a much awaited big-screen outing.

In the upcoming film, Bond’s (Daniel Craig) retirement in Jamaica is short-lived when an old friend, Felix Leiter (Jeffrey Wright), comes seeking help. The former agent’s mission to rescue a kidnapped scientist puts him on a collision course with Safin (Rami Malek), a mysterious masked villain armed with new technology.

Several cast members from previous Bond films are returning in what is billed as Craig’s final outing as 007. Léa Seydoux is back as Dr. Madeleine Swann, Bond’s love interest from “Spectre,” Ben Whishaw plays the gadget master Q, Christoph Waltz reprises his villainous role as Ernst Blofeld, Ralph Fiennes is back as MI6 leader M, and Naomie Harris is Eve Moneypenny and Jeffrey Wright is Felix Leiter, a CIA field officer.

“No Time to Die” is Craig’s fifth outing as Bond, a role he first took on in “Casino Royale” (2006), followed by the blockbusters “Quantum of Solace” (2008), “Skyfall” (2012) and “Spectre” (2015). Craig last starred in Rian Johnson’s mystery “Knives Out,” which earned him a Golden Globe nomination last year for best actor in a motion picture musical or comedy.

“No Time to Die” is directed by Cary Joji Fukunaga, who helmed and executive produced the Netflix series “Maniac” (2018), directed “Beasts of No Nation” (2015) and wrote “It” (2017). Fukunaga co-wrote “No Time to Die” with Phoebe Waller-Bridge, Neal Purvis and Robert Wade.

The film’s release was postponed multiple times due to the coronavirus pandemic. It will now debut on the big screen in the United Kingdom on Nov. 12 and in North American on Nov. 20.