‘No Time to Die’: Meet Safin, the Villain Played by Rami Malek (Watch) 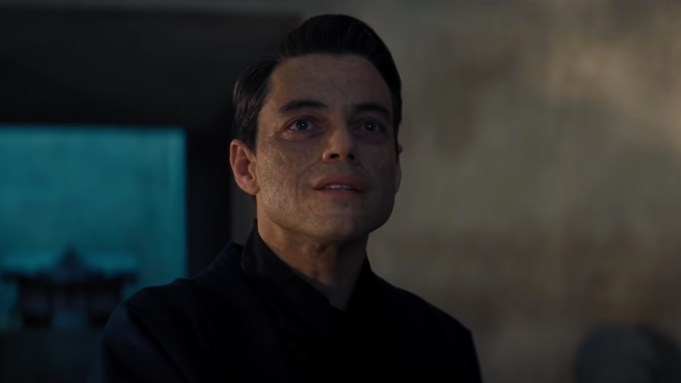 Rami Malek plays the newest James Bond villain, Safin, in the upcoming “No Time to Die.”

A new video uploaded to the James Bond 007 YouTube channel on Monday gave the first detailed view into Malek’s character, a man bent on revenge. But he’s also convinced that the destruction he causes — and his plot to kill millions of people — will bring about a better world.

“What I really wanted from Safin was to make him unsettling, thinking of himself as being heroic,” says Malek in the video.

The character faces off with Bond (Daniel Craig), and Malek says he’s a unique new challenge for the agent: “Safin is a formidable adversary. James Bond has to adapt to that.”

Safin can be seen having a conversation with Madeleine Swann (Léa Seydoux), who appeared in the most recent James Bond film, “Spectre.” The villain threatens to kill whoever she loves most, to which she responds that she’s already lost everyone.

The main goal set by Safin, as mentioned in the clip, is to make the world a better place. But his manner of execution is precisely that — execution. Eradicating others is just the means to an end for Malek’s villain, making him a large-scale threat.

“What he wants and what he’s willing to do makes him a very frightening character both personally to Bond but also on a global level,” says director Cary Joji Fukunaga.

“No Time to Die” is scheduled to premiere on Nov. 20 after several delays.

Watch the full clip about Safin above.