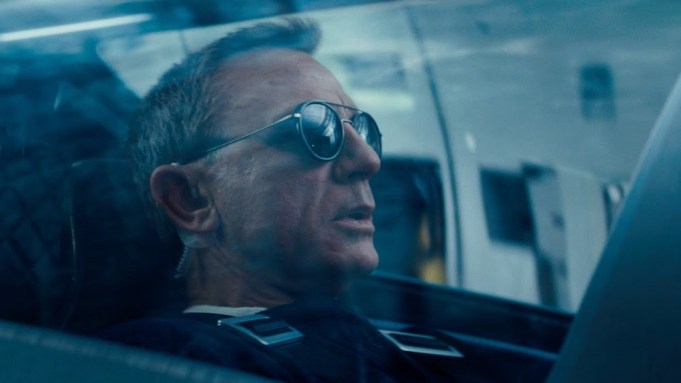 James Bond made his way to Super Bowl LIV, debuting a new trailer for “No Time to Die.” The footage, putting the spotlight on Daniel Craig’s British spy, promises the 25th “Bond” movie “will change everything.”

The 30-second clip also sees Lashana Lynch’s 00 agent in the cockpit as Craig asks, “Have you ever flown one of these things before?” Later in the action-packed trailer, Lea Seydoux’s character is seen standing over the edge of a building as Safin, the villain played by Rami Malek, warns: “When her secret finds its way out, it’ll be the death of him.”

In the upcoming film, Bond is enjoying retirement in Jamaica until his old friend from the CIA, Felix Leiter (Jeffrey Wright), arrives asking for help.

Cary Fukunaga directed “No Time to Die,” which is expected to be Craig’s final performance as Bond. The cast also includes Ana De Armas and Christoph Waltz. Fukunaga, who took over directing duties after Danny Boyle departed the project due to creative differences, also co-wrote the script with Phoebe Waller-Bridge and Scott Z. Burns.

“No Time to Die” debuts on the big screen in United Kingdom on April 2 and in North America on April 10.