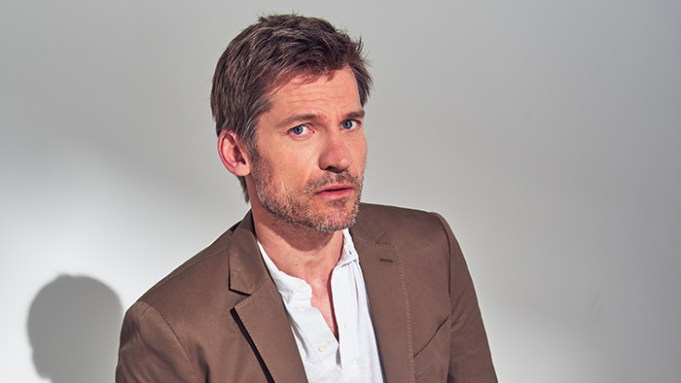 Nikolaj Coster-Waldau, the Danish actor best known for playing the conflicted, sardonic Jaime Lannister on HBO’s “Game of Thrones,” was eager for his latest film to premiere at South by Southwest last March. In “The Silencing,” Coster-Waldau portrays a solitary hunter who lives in the woods, grappling with the disappearance — and likely murder — of his daughter.

But just a few days before the premiere, the film festival in Texas was canceled as coronavirus cases swept through the United States. Later in the spring, Coster-Waldau was scheduled to be onstage in Los Angeles, in an adaptation of “Macbeth” at the Geffen Playhouse. Instead, he’s been in self-isolation with his family in Denmark, working on his new company — Ill Kippers Productions, with writer Joe Derrick — and taking a break from his 30-year career as an actor.

Coster-Waldau talked to Variety about “The Silencing,” which opens in select theaters and on VOD on Aug. 14 from Saban Films, the “Game of Thrones” finale and why he misses movie theaters.

What appealed to you about the script for “The Silencing”?

I read the script a couple years ago. It was a question of finding a director, and then finding schedules that matched. And suddenly, we had an opening and I saw this movie, “The Ardennes,” that Robin Pront did. We thought of course he would be a great fit. We had 26 days — and off we went. When I found out this was going to be super low-budget, I thought it lent itself to that.

Where did you shoot?

We shot while we were preparing the last season [of “Game of Thrones”] in Sudbury, Canada. When I Googled Sudbury, it was famous in the ’70s because Chinese scientists came there to understand the effects of acid rain. This was the worst place in the world, which I thought was perfect for the story.

Did you watch other thrillers to find your way into the story?

I watch a lot of movies, period. They’re all in there of course. This type of movie you’ve seen before. Liam Neeson has made quite a few over the years. I didn’t want to get into the whole thing like, “He did it like this, so I’m going to do it like that.” I watch movies all the time. But I wouldn’t say I’m trying to copy any specific performance.

Were you disappointed that “The Silencing” didn’t premiere at SXSW?

I went to SXSW a couple years ago with another movie, and I would have loved to have gone with this one. It’s a great festival. Isn’t it strange? Do you remember how back then it felt like this [the coronavirus] is a few weeks and then we’ll be back? I guess it’s going to be another year. We started a production company last year. And this whole thing about you go in — we optioned some great stories. You want to go in and make other people excited about it. It’s different when you’re sitting on a Zoom call. It’s not the same. It’s frustrating.

What types of movies will you be producing?

We have a movie, which is the first thing we wrote. We’re going to start shooting in October, which the studio hasn’t announced it yet. I can tell you it’s based on a true story. It’s set in Greenland, a crazy survival story. We’ve been reading a lot of books. There’s a lot of great stuff out there. Hopefully, I can talk to you about a bunch of projects that will be up and running once this little corona thing — doesn’t your president say it’s just going to blow over? Yeah, yeah.

What do you miss from your old life?

I miss sitting in front of people. I was just at the Taormina Film Festival in Italy. For the first time since the lockdown, I was in the cinema. Obviously, every other seat was empty. It was only half full, but having the experience of sitting in a movie theater and watching a film — you almost forget how great it is, to experience a movie with a bunch of people. And the following night was the final night. They have this outdoor theater, the symphony orchestra was playing [Ennio] Morricone’s music, and you’re sitting there with 2,000 people. It really struck me how much I wasn’t aware that I missed it until I was experiencing it. I can’t wait for this thing to come to an end. Our theaters, how many will be left standing once this is over?

How did “Game of Thrones” change your career in terms of allowing you to produce your own projects?

That’s it. It has given us a little bit of momentum when it came to those things. There’s just something basic and fun about creating something yourself. I’ve also been acting for 30 years now and I love it. I like to use that experience and step behind the camera more and more. I guess, to answer your question, being in the biggest show at the time doesn’t hurt that kind of endeavor.

Were you surprised that some “Game of Thrones” fans wanted a more dramatic death for Jaime?

I didn’t follow it at all. [Pauses.] Obviously, I heard about it. I was aware of the petition for a new ending, which I thought was hilarious. I almost wanted to donate to that petition. HBO saying, “You’re right, so many people want it, we’re going to do it.” I think everyone had their own opinion. I find the world of fandom really interesting. Everyone wanted something specific and different from what they got. It’s a combination of — you imagine an ending; but also, I think if you’re a hardcore fan, it was really upsetting that it ended. You lived with this for eight seasons. There is still a massive community dedicated to “Game of Thrones.” I think there was a real fear that was going to go away. It had to end.

If you had to redo the ending, would you do anything differently?

Oh, how did it end? He was — no, it was fine. It was great. It was fine. How do you end that story? Let’s talk about this in 10 years, then you can talk about it. But now, I think it’s a little too recent.