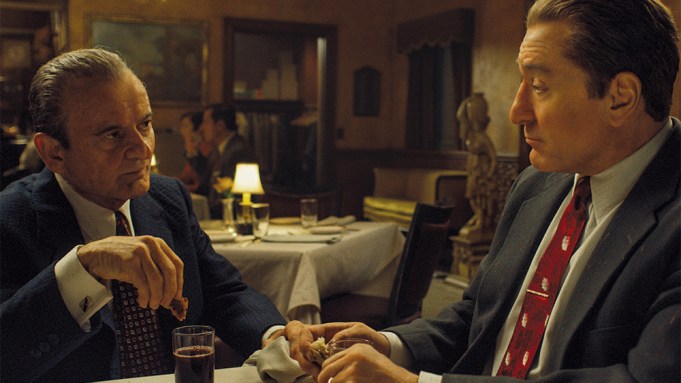 Rumors of Netflix’s award season washout have been greatly exaggerated, as the streamer walked away with an impressive 24 Oscar nominations on Monday morning.

Following a disappointing two wins from a total of 34 nominations at Jan. 5’s Golden Globes ceremony, the tech giant proved it can resonate with the Oscars voting body, the Academy of Motion Picture Arts and Sciences.

It’s also the first time ever Netflix has led the all-important Oscar nominations. In 2019, they came close with 15 nods vs. Walt Disney and Participant’s leading 17 mentions. This year, Disney, also credited with Fox’s multiple releases, scored a total of 16 nominations, while Sony came in second to Netflix with 20.

The nominations should be gratifying if not expected for Netflix — with Martin Scorsese’s “The Irishman” (10) and Noah Baumbach’s “Marriage Story” (6) getting numerous nods, as pundits have predicted all season long. This includes best picture noms for both and a and best director Scorsese, as well as recognition for performers and below-the-line artists.

Nearly all of the “Marriage Story” ensemble was nominated — Adam Driver for Best Actor, Scarlett Johansson for best actress, and Golden Globe winner Laura Dern for best supporting actress. Baumbach’s original screenplay was also acknowledged in the race to Feb. 09, when the Academy Awards will air live from Hollywood’s Dolby Theater.

“The Irishman” picked up nods for Joe Pesci and Al Pacino, both in the supporting actor category. Steven Zallian rated for this adapted screenplay for the film, the most expensive original production in Netflix’s history. The mob drama was also nominated in categories celebrating cinematography, film editing and production design.

A smaller but consistently-touted contender was the quirky papal drama “The Two Popes,” which received three nominations.

Following a radio-silent few days after the Globes — punctuated by good news in the form of Producers Guild Awards and BAFTA nominations — Netflix will set back off in a mad (and presumably expensive) dash to woo AMPAS voters in pursuit of Oscar glory. The company came incredibly close last year with Alfonso Cuaron’s “Roma,” which received 10 nominations and won three Oscars.