Could the Netflix Movie ‘Lost Girls’ Find a Serial Murderer? 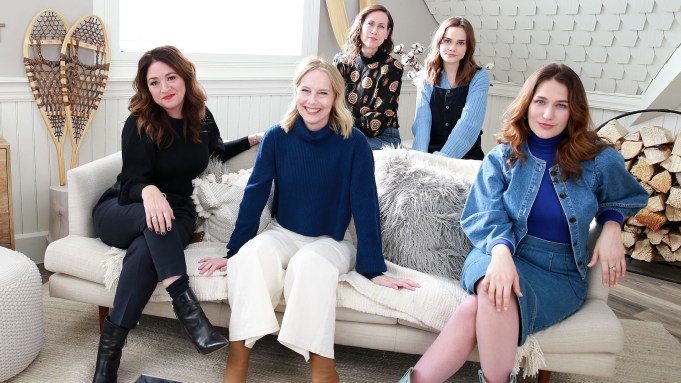 On Jan. 16, the same day Netflix dropped the first trailer for its movie “Lost Girls” — the story of how Mari Gilbert (Amy Ryan), a grieving, furious mother of a missing young woman, revealed that a serial killer was operating on Long Island, N.Y. — the Suffolk County Police Department called a press conference to discuss the case. According to Newsday, at the press conference, the police revealed a belt they called new evidence. But in the same account, the police department was accused by the Gilbert family’s attorney of having held onto the belt for years.

The police also announced a new website, gilgonews.com, that’s been created to receive tips about the murders. Between 10 and 16 women were killed in the ’90s and 2000s, and the case of the Long Island serial killer has never been solved.

“I think they’re afraid of us,” Ryan said during an interview at Variety‘s Studio at the Sundance Film Festival in Park City, Utah, where “Lost Girls” premiered.

A spokesperson for the Suffolk County Police Department did not immediately respond to Variety‘s request for comment.

The film, which is Oscar-nominated documentarian Liz Garbus’ first narrative feature, follows Gilbert’s attempts to bring police attention to the case of her missing daughter, Shannan, a sex worker who in 2010 disappeared along a stretch of beach on Long Island. Later that year, the police found a number of dismembered bodies nearby, and attributed the deaths to a serial killer. But in the film, they don’t put much effort into investigating the crimes because the women are all sex workers on the margins.

“Lost Girls,” adapted by Michael Werwie from Robert Kolker’s 2013 nonfiction bestseller “Lost Girls: An Unsolved American Mystery,” is in part a story of police negligence. But Garbus welcomes the idea that the Suffolk County Police Department might be using the movie to re-investigate the case. “This piece of evidence was apparently in their possession for some time,” Garbus said. “But in any case, the attention will hopefully bring some answers.”

Garbus mentioned that shortly after the release of Michelle McNamara’s 2018 book “I’ll Be Gone in the Dark: One Woman’s Obsessive Search for the Golden State Killer,” a prime suspect in those murders was identified and arrested, and will eventually stand trial. She would like it if “Lost Girls” puts similar pressure on this case.

“The police seem not to want to release certain things — that makes me think there are things they might know,” Garbus said. “In any case, I’m hopeful it might be solved.”

Lola Kirke, who co-stars in “Lost Girls,” said, “I feel like that’s the best-case scenario for being a filmmaker, an actor or an artist: You want to move people to do something different, or to create change.”

Kirk said she hopes “something actionable can occur from this.”

In his review, Variety‘s Owen Gleiberman wrote: “In ‘Lost Girls,’ Liz Garbus takes the serial-killer thriller and turns it on its head, insisting that we see the victims as larger than the crimes that destroyed them.”