Continue to Variety SKIP AD
You will be redirected back to your article in seconds
Oct 13, 2020 9:16am PT 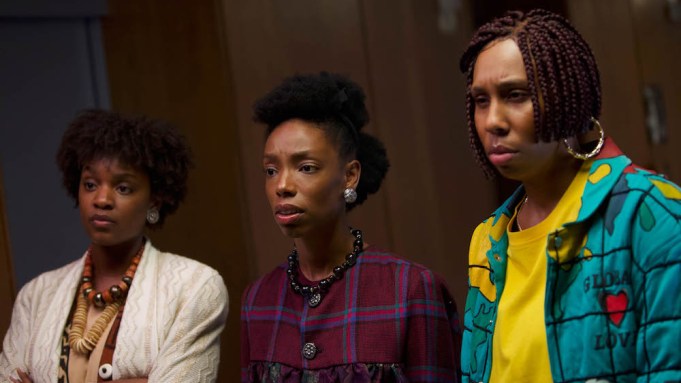 The Oscar-winning distributor behind “Parasite” will take the film out to drive-in theaters nationwide before it debuts on Hulu on Oct. 23, Variety has learned.

Markets will include New York, Los Angeles, Chicago, Houston, Philadelphia, Atlanta, New Orleans, Detroit, Austin, Sacramento and Las Vegas. “Bad Hair” was acquired for millions out of Sundance this year, where it was received as an energetic American take on hair horror and a probe of Black female identity.

Hulu is Neon’s streaming video partner, and the companies have enjoyed fruitful partnerships on titles like “Palm Springs,” the Sundance sale record-breaker from Andy Samberg that premiered this summer.

The film follows Anna, an aspiring music television personality grinding as an assistant at a beleaguered network. When a new boss (Vanessa Williams) reformats the station in step with a glossier, commercial aesthetic, Anna is pressured to conform to the uniform of the day — one that strays from natural black hair in favor of sleek weaves. As she bathes in the attention of a new look, Anna realizes with increasing alarm that her new hair has a mind of its own.

Simien has previously collaborated with the Sight Unseen team on the Sundance hit “Dear White People,” with Lebedev serving as executive producer on the series of the same name, which is now in its fourth season on Netflix. Sight Unseen is also behind Cory Finley’s “Bad Education” starring Hugh Jackman, which won the Emmy for outstanding television movie following its debut on HBO.