As we observe Native American Heritage Month, there are as many historical contributions to celebrate by our people as there are things happening in the current cultural landscape. Within cinema, there’s been a recent blossoming of films by Indigenous filmmakers internationally on the festival circuit and beyond that have been pushing the form and actively engaging with the very open-ended question: what is an Indigenous Cinema?

Well, what is it? There’s no one style, genre or format to answer that question, which makes this current moment exciting and palpable in terms of what it’s laying down for the next few decades of Indigenous filmmakers to come. In essence, it’s Indigenous artists expressing themselves through their own culture, experience and ultimately, their own lens.

A good indication of what’s going on now and how that future might track can be seen through the following directors and their films:

This short won the Special Jury Award for Directing at the 2019 Sundance Film Festival and sears itself on your brain. There’s something about the way that Alexandra captured the physicality of the sport and connected it to a longer line of tradition that really sticks with you. It’s a really immersive film and a really solid example of Alex’s style, command of the form and bold vision.

Filmed in the Bolivian city of Potosí, Bocamina is a short film that concerns the miners who work in Cerro Rico, the mountain of silver ore that overlooks the city. Emerging from the darkness, faces begin a dialogue with those from years long past.

Along with his second feature film “Compañía,” Hilari has a cinematic style that captures images so beautifully that it takes you some moments for the harshness of what you’re actually seeing to sink in and for the questions and concerns he’s bringing up to arise. He’s one of those filmmakers where you see exactly what he sees and how he sees it.

Anyone who loves film as an art form would be wise to keep an eye on his work.

“maɬni – towards the ocean, towards the shore” (2020) – dir. Sky Hopinka (Ho-Chunk Nation/Pechanga Band of Luiseño Indians) 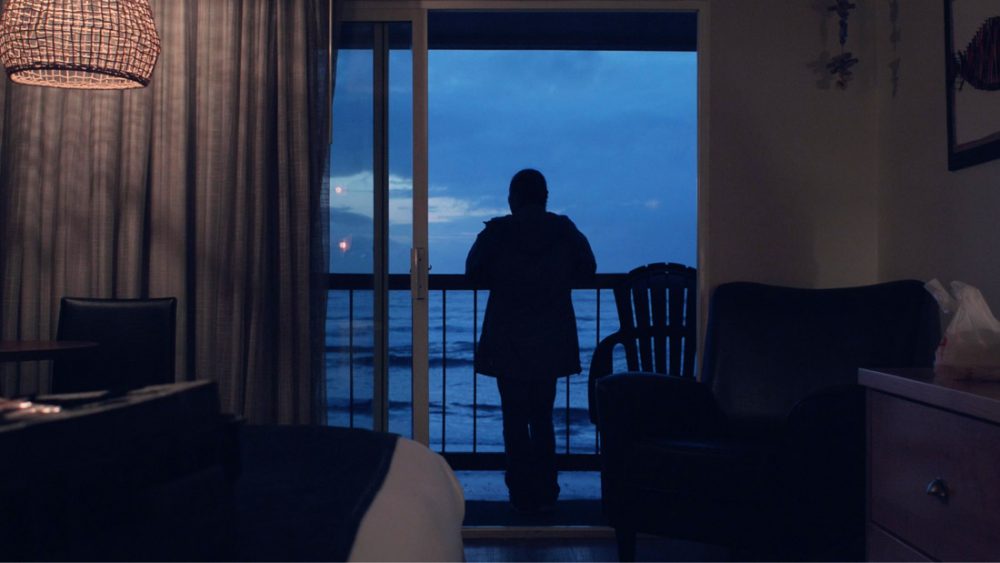 This film follows Sweetwater Sahme and Jordan Mercier’s wanderings through each of their worlds as they wander through and contemplate the afterlife, rebirth, and the place in-between. Spoken mostly in Chinuk Wawa, their stories are departures from the Chinookan origin of death myth, with its distant beginning and circular shape.

Director Sky Hopinka’s poetic and groundbreaking short films (currently streaming on his website and the Criterion Channel) have been playing festivals for years and the promise of a feature by him was always something I was eager to check out, especially once it debuted at Sundance last year. This film washes over you and wraps you in his singular vision and style; it’s unlike anything you’ll experience.

A punk band is ensnared in a murder plot by an Indigenous family whose mother communicates telepathically with her meditation companions, a Rastafarian hacker and a Buddhist whose son is a member of a secret militia. While this motley crew goes about their business, the drones fly overhead, seeing all.

Given the political and cultural moment we’re in, it’s safe to say that Khalil and Sweitzer’s film is something like a prophecy. It takes you on a wild ride, forcing you to ask what the true meaning and costs of a real revolution and cultural reckoning are. As much as it leans into its style, it’s not hard to recognize the world within the film as something increasingly indistinguishable from our own.

After a chance encounter on a busy street, a woman decides to bring a pregnant domestic abuse victim home and encourages her to seek help to navigate the aftermath of the traumatic event.

Aside from the technical feats accomplished in this film, I’ve found this film to repeatedly be a moving experience. It offers a very nuanced and layered look at the complexities of the realities of urban Indigenous women navigating privilege and class. After premiering at the 2019 Berlin Film Festival, it was picked up by Ava DuVernay’s ARRAY.

Watch “The Body Remembers When the World Broke Open” on Netflix

Adam Piron (Kiowa/Mohawk) is the Associate Director of Sundance Institute’s Indigenous Program and a member of the Sundance Film Festival’s Short Film Programming Team. He is a filmmaker and co-founder of “Cousin,” a film collective supporting Indigenous artists expanding the form of film. He recently served as the Assistant Curator for Film at the Los Angeles County Museum of Art (LACMA). His short film “Halpate,” co-directed with Adam Khalil, is currently playing at various festivals.