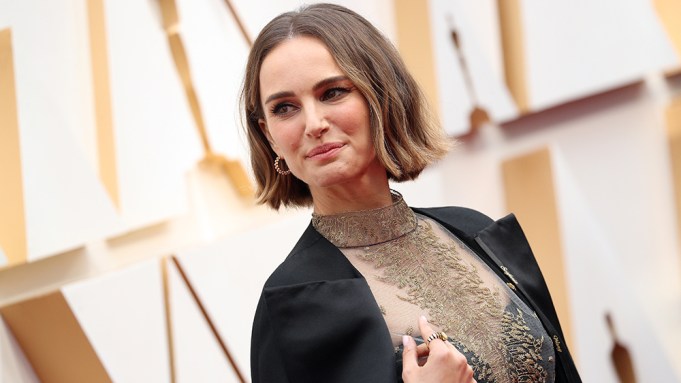 Natalie Portman made a statement on the Oscars red carpet, with her Dior cape embroidered with the names of women who directed movies last year — and weren’t nominated for the 92nd Academy Awards.

The Academy of Motion Picture Arts and Sciences received criticism for failing to nominate any female directors this year. It’s unfortunately not an uncommon occurrence; in the history of the Oscars, only five women have been nominated for best director, and only one — Kathryn Bigelow for “The Hurt Locker” — has won. Just one of the best picture nominees was directed by a woman: Gerwig’s “Little Women.”

The omission has even spawned a special ad campaign by nonprofit Give Her a Break, which will feature a live-stream of the Oscars that will flip to ads for female-directed films during commercial breaks. Har’el, one of the names featured on Portman’s cape, was among those tweeting about the campaign.

It’s not the first time Portman has held an awards show to account for snubbing female filmmakers. While presenting the best director award at the 2018 Golden Globes, the actor quipped “and now, here are the all male nominees” before announcing the names.

In addition to snubbing female directors, the Oscars are also under fire for the lack of diversity among acting nominees. Cynthia Erivo, for “Harriet,” is the only actor of color to be nominated in the acting categories.