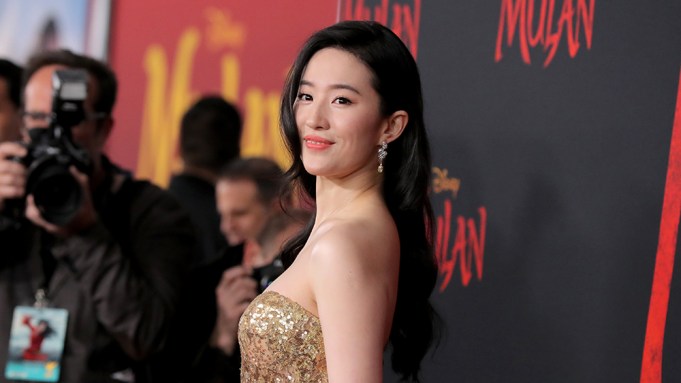 Yifei Liu is already a superstar in her native China, where the 32-year-old film and TV actor is referred to as “fairy sister.” And as the star of “Mulan,” Disney’s live action adaptation of the 1998 animated feature, she’s poised to make her global debut as the titular warrior.

Based on a centuries-old Chinese ballad, the story centers on a young woman who disguises herself as a man to fight in her father’s place in the Imperial Army against the invading Huns.

In the film, Mulan wields a sword with the Chinese characters for “loyal,” “brave” and “true” engraved on its blade.

“Loyal, brave, true to her family, and also to her true self,” Liu told Variety at the film’s premiere about what Mulan’s motto meant to her. “I’m so proud to be an Asian and just knowing that if we think of something, we’re gonna have the opportunity to be the best version of ourselves and be the best.”

Liu courted controversy last summer when she posted a statement in support of Hong Kong police during violent protests in the city to social media platform Weibo. The move resulted in the trending hashtag #BoycottMulan.

The film is set to release on March 27, including in China, where theaters largely remain closed due to the coronavirus pandemic, the epicenter of which is Liu’s hometown of Wuhan in the Hubei province of China. Chinese officials enacted an aggressive quarantine on its 11 million residents following the outbreak.

Watch Variety‘s interview with Yifei Liu from the “Mulan” premiere above.