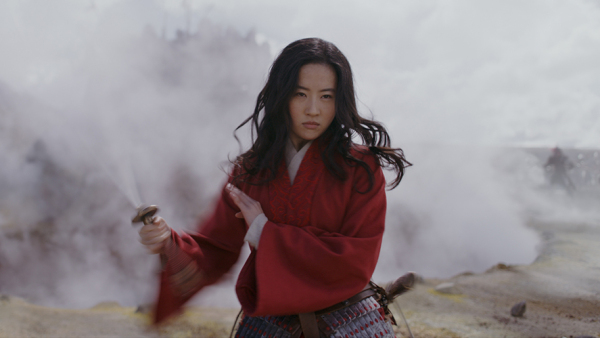 Disney confirmed Monday that its live-action “Mulan” has been approved to release in Chinese cinemas “soon,” making China the most significant territory where the film will receive a theatrical outing. It has not yet been granted an official release date in the Middle Kingdom.

“When the magnolia blossom opens, it lives up to its reputation and arrives as promised,” it wrote in the four-character spurts of classical verse, referencing the bloom that shares a Chinese name with the titular heroine. “[‘Mulan’’s] import is confirmed and it will soon burst into bloom in theaters; looking forward to meeting you!”

After delaying the film’s release date four times already due to COVID-19, Disney announced last week that the remake of its 1998 animated classic would release in most major territories on its streaming service Disney Plus for $29.99 starting Sept. 4. It also said it would release the film theatrically in territories where cinemas are open but Disney Plus is not currently available.

So far, “Mulan” has confirmed Sept. 4 theatrical releases in a few other Asian markets, including Singapore and Malaysia. If it hits China at the same time, that will put it in direct competition with Christopher Nolan’s hotly anticipated sci-fi epic “Tenet,” which will premiere in the mainland the same day.

An official China poster for the film issued Monday was widely ridiculed online as “ugly” and “dated,” a bad omen for a $200 million blockbuster that has gone out of its way to appeal to Chinese audiences in everything from its casting choices to story changes and set design.

“Did foreigners design this?? Is this for real??” wrote one commentator. “It looks like you messed up your Photoshop.” Another echoed the sentiment: “At first I thought this was a poster put out by some cinema itself; only after searching did I figure out that this was actually issued by Disney itself.”

A number of people had fun comparing the poster to those of B-grade local productions, saying it had the look of promo for a straight-to-streaming internet movie or soap.

“It looks just like an anti-Japanese war drama,” one wrote, likening it to a popular type of downmarket television typically put on by middle-aged housewives as background noise to accompany their chores.

The chosen old-school font solicited a particular Comic Sans-esque cringe. To the native eye, the calligraphic text is more reminiscent of early 2000s communal notices put up in residential compounds to remind people to take out their trash than Northern Wei dynasty poetry.

One person laughed that the font was “so low-brow it’s like picking your foot in public.” Another commented: “It’s even worse than the [animated ‘Mulan’] poster 22 years ago. Unbelievable that in this day and age you could still see such an outdated font design coming from Disney.”

The dismay echoes the feeling of disappointment at the Western company’s take on Chinese culture that many expressed when they got their first glimpse of the “Mulan” trailer — only to find that the northern-dwelling heroine appears to have grown up in a round house typical of the southern, coastal Hakka people living more than a thousand years after the period when her story is set.

Overall, however, the poster backlash didn’t stop most Chinese comments from expressing keen excitement at the prospect of catching “Mulan” in theaters. “Hurry up and figure out your mainland release date — my wallet is already at the ready!!!” one posted.

Another wrote: “I’m just so happy it’s finally confirmed! I’ve been waiting for this since 2018.”

A few commentators said they were still wary to re-enter cinemas because of COVID-19, or that their local multiplex had not yet reopened in the wake of the pandemic.

China’s box office performance has been middling since cinemas reopened on July 20, with many viewers apparently preferring to stay home in wait of newer, more exciting titles.

“Mulan” might be just the one to do the trick and revive the embattled Chinese exhibition sector. “Thank goodness, thank goodness! It was postponed indefinitely again and again, but fortunately our country did a good job with preventing and controlling the coronavirus, so we can go to the cinemas and see it!” an excited super-fan of lead actress Liu Yifei exclaimed. Indeed, China reported just 49 new coronavirus cases on Sunday, while the U.S. reported 48,769.

Yet even should Chinese cinemas get more firmly back on their feet by the time “Mulan” releases, the title could face a nationalist backlash in the world’s second-largest film market as ties between the U.S. and China continue to rapidly deteriorate.

The seeds of this are already brewing online, where numerous users posting about “Mulan” have called for a boycott of American films.

“I’ll support the film online, but forget about going to see it in theaters,” one wrote. “Even if the money I spend is just a drop in the bucket, I don’t want a cent of my money making its way into the pockets of American companies.”