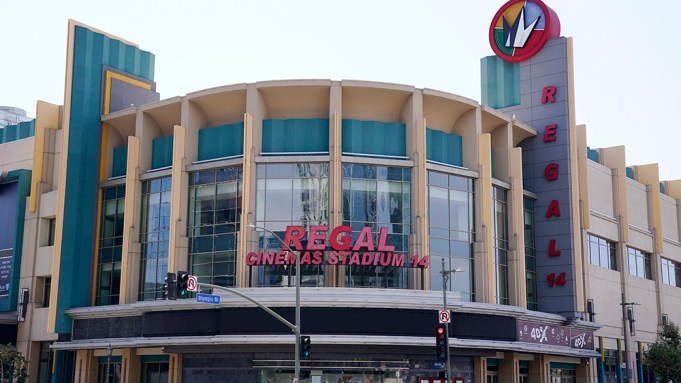 Gov. Gavin Newsom has announced strict guidelines for indoor movie theaters in California to reopen in the coming months.

The guidelines, announced Friday, were contained in a new color-coded reopening system for counties based on coronavirus prevalence and testing rates. Currently, 38 of the 58 counties (including Los Angeles and Orange), with 87% of the state’s population, are in the “purple” tier or “widespread” tier.

The purple designation means that more than 8% of tests are coming back positive and there are more than seven new cases daily per 100,000 residents.

“COVID-19 will be with us for a long time and we need to adapt,” Newsom said.

There are currently nine counties in the red tier, considered to have “substantial” disease spread along with eight counties in the “moderate” tier and three in the “minimal” yellow range, under the new guidelines. Counties must stay in each tier for at least three weeks before they can move to a less restrictive tier. They will only be eligible to move to a less restrictive tier if their numbers show improvement for at least two weeks.

NEW: California is launching a Blueprint for a Safer Economy.

Your county will be assigned a color based on:
– Case rate
– Positivity rate

Your color determines how businesses can operate in your county.

The new system goes into effect on Aug. 31. Tiers will be updated every Tuesday under the new guidelines.

The announcements come six weeks after Newsom’s July 13 mandate which closed all indoor theaters, bars, restaurants, wineries, family entertainment, zoos, museums and cardrooms amid soaring COVID-19 rates. A few movie theaters in California had briefly reopened, only to close again in July, but most have been closed since March.

The move comes as an estimated 62% of the nation’s theaters have reopened, with studios starting to release major titles such as “The New Mutants,” which opened Thursday night, and Christopher Nolan’s time-travel thriller “Tenet,” which launches on Sept. 3.

Newsom had noted on Aug. 24 that the number of California counties on the state monitoring list — which prevents large gatherings and businesses like movie theaters to be open — had declined to 35 counties due to progress in lowering coronavirus rates. He had revealed last week that the state was working on new guidelines that would determine which counties will be subject to state restrictions.