CAA has organized a committee of theaters, studios, and filmmakers to create a campaign around cinemas re-opening. 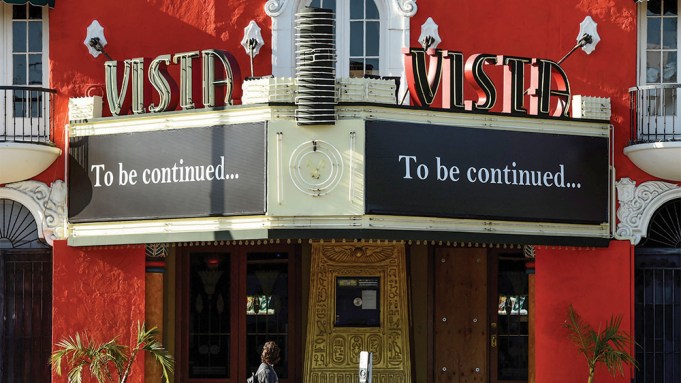 The major studios are partnering with members of creative and the exhibition communities to come up with ways to help the beleaguered movie theater business reopen from widespread closures brought on by coronavirus.

CAA has been helping to organize an executive committee of entertainment industry heavyweights to help supervise the effort. It is being overseen by Greg Foster, the former CEO of Imax Entertainment. Key leadership at all of the seven major studios and the largest theater chains have agreed to participate.

Insiders caution that the effort is in the early stages, but some of the contours of the plan are being formalized. They also noted that any major reopening is contingent on sign off from health agencies. The initiative also recently cleared a significant hurdle: There were concerns that because rival studios and exhibitors were joining forces they could run afoul of anti-trust laws, but the group has received the legal sign-off to move forward.

A major focus for the group is to come up with a promotional campaign that will likely involve A-list filmmakers and movie stars, but nothing has been decided. CAA, with its deep roster of acting and directing clients, is expected to pay a key role in setting that up. Advertisements will include recognizable names urging audiences to return to cinemas and will also outline the safety precautions that are being adopted, such as social-distanced seating and more stringent cleaning measures, to ensure that cinemas remain COVID-19 free. The underlying message will be that movie theaters have missed audiences and are taking extraordinary steps to keep them safe during a global health crisis.

The marketing material will come from the National Association of Theatre Owners, the main exhibition trade group. This initiative is initially focused on the domestic marketplace, but materials will be shared with foreign distributors and theaters.

Film companies such as Disney, Paramount, Warner Bros., Sony and Universal have already started to offer studios access to older hit movies at steep discounts, according to multiple insiders. That effort will likely increase in the coming weeks as more states loosen coronavirus-related restrictions and more theaters open.

These studios are also expected to put some marketing muscle behind the older films being re-released in theaters. The hope is that by giving multiplexes something to screen, they will be able to fine-tune their safety procedures.