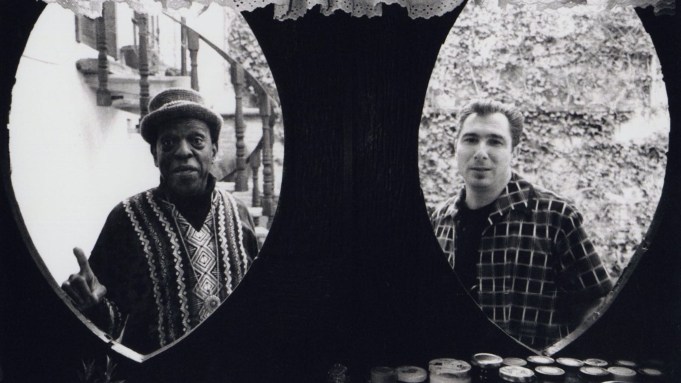 Actor and filmmaker Matt Dillon has released two clips from “The Great Fellove” [“El Gran Fellove”], a long-gestating documentary chronicling the musical career of Cuban scat singer and showman Francisco ‘el Gran’ Fellove and the recording of his last album, “Fellove & Joey.”  The film is world premiering at the San Sebastian Film Festival and is being sold by Nick Shumaker of United Talent Agency.

It is Academy-Award nominee Dillon’s second feature film in the director’s chair. In 2003 he co-wrote and made “City of Ghosts” in which he starred alongside James Caan, Gerard Depardieu, and Stellan Skarsgård.

Through a series of interviews, archival photos and videos, as well as new footage, “The Great Fellove” recounts Fellove’s life as a struggling musician in Cuba, his eventual success in Mexico, and the contagious love he had for music until the very end.

The Cuban soul star was born on Oct. 7, 1923, in Havana. The charismatic composer and singer is regarded as one of the pioneers of the genre known as “filin,” and celebrated for his tropical music on songs like “El Jamaiquino” and “Mango Mangue.”

He is a contemporary of personalities of the world of Cuban music such as El Niño Rivera, Tito Puente, Chico O’Farrill, Celia Cruz, Olga Guillot and Omara Portuondo. Fellove died aged 89 in Mexico City.

The first clip features Fellove performing the song “Descargo Chocolate.” Mixed into this performance is archival and photographic images of Cuban trumpeter Alfredo “Chocolate” Armenteros, who was renowned the world over as the Cuban Louis Armstrong. On voiceover, “Chocolate” Armenteros tells an anecdote about how his father reacted when he informed him that he wanted to be a musician.

The second clip is of an interview with Chan Campos, the founder of Gruppo Yoruba Andando who from his home discusses the importance of religion and says of Fellove, “He was a drum from his feet to his head.”