Will China’s Audiences Roll Out the Welcome Mat for ‘The Farewell’? 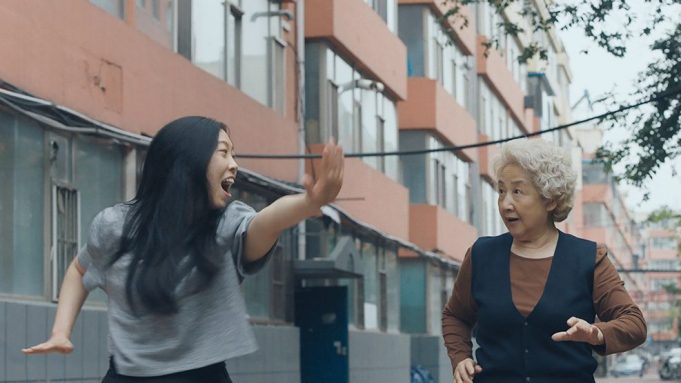 Zhao Shuzhen has been acting in her native China since she was 16. In the U.S., she became an overnight sensation at age 76.

Until last year, she was a successful television actor in her homeland — then came her U.S. debut in “The Farewell,” writer-director Lulu Wang’s autobiographical drama about traveling to China to visit her grandmother after the family decides not to tell her that she’s been diagnosed with cancer. Awkwafina portrays Wang (named Billi in the movie), a role that earned her a lead actress trophy at the Golden Globes. Zhao takes on the role of her grandmother, affectionately known as Nai Nai.

The $3 million film, which A24 bought out of Sundance for $7 million, is a certified indie box office hit. It brought in $17.6 million in the U.S. and an additional $2 million internationally.

But can it crack the Chinese market? The film opens in China on Jan. 10, and initial prospects are less than stellar. As of Jan. 3, there were just 12,000 clicks on the “Want to see” button on the China-based online ticketing service Maoyan. It’s a far cry from the minimum 100,000 clicks usually needed to indicate that a film has real commercial potential. Even Lou Ye’s “Saturday Fiction,” a small Chinese black-and-white art-house film that wasn’t well received on the festival circuit, is doing better than “The Farewell,” with 29,000 clicks.

Chinese distributors know it won’t be an easy road to profitability. In fact, Wang’s film was originally set to hit theaters in November, but apparently it was delayed until this month amid worries about putting it up against “Frozen 2.”

If “The Farewell” does scoop up some Oscar nominations when they’re announced on Jan. 13, interest in the movie in China may increase, especially if Zhao earns a supporting actress nod. While she was shut out of the Globes and the SAG Awards, she is up for Indie Spirit and Critics’ Choice awards.

It may be tempting to look to “Crazy Rich Asians” for a hint of things to come for “The Farewell,” but that Warner Bros. hit was a total flop in China. The disappointing returns were attributed to its lack of recognizable stars for Chinese audiences. Local criticism that the film was told through an American lens, one that perpetuated cultural stereotypes, also dinged ticket sales.

“We’ve gotten a really tremendous response so far,” said Wang of “The Farewell” on the red carpet at the Golden Globes. “But they’ll also see it’s not really a fully Chinese movie, and I’m really interested to see how they respond to that.”

However, the film may be easier to digest on the mainland because not only was it shot on location in Changchun, China, but most of the dialogue is in Mandarin. “It’s about family love,” said Zhao via an interpreter during an interview at the BAFTA Tea Party. “That theme is a universal one, and hopefully it will resonate across the board.”

During Zhao’s first trip to the U.S. in November, she spent a couple of weeks in Los Angeles working the awards circuit. She participated in post-screening Q&As, met with the press and attended tastemaker receptions. A photo of her and Robert Pattinson at A24’s holiday party went viral after Wang posted it on her Twitter feed with the caption, “Who’s ready for
a @thefarewell sequel, cuz Nai Nai found Billi a husband.”

While sipping on a hot breakfast tea at The London in West Hollywood during that November visit, Zhao, accompanied by an interpreter, told Variety she has long dreamed of winning an Oscar. “It’s broadcast in China, and I watch every year,” she said. “I’ve thought about what I would say if I were up there. … I’ve definitely fantasized and thought about being on that stage and giving acceptance speeches.”

If she nabs a nomination, Zhao will likely bring her daughter — or “maybe my grandson because he speaks much better English” — to the big show on Feb. 9.

And she may also do some networking.

Zhao mentioned she’s a fan of Al Pacino. When it was suggested that she might possibly meet the legendary actor at the Dolby — he’s a likely nominee for his work in “The Irishman” — she brought her hands to her chest and smiled. “Just the idea of working in Los Angeles, the movie capital of the world,” she said. “I would love to do more.”