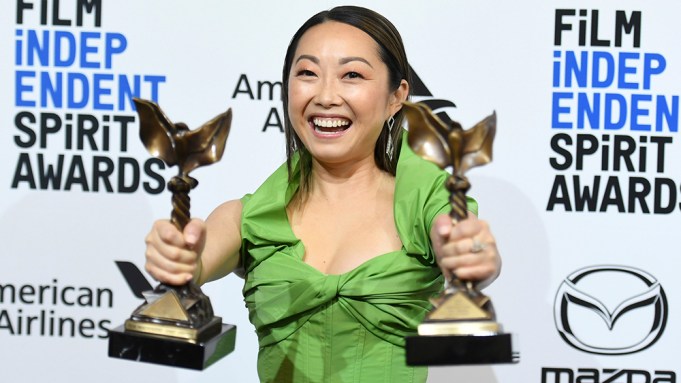 Variety has learned that Wang is attached to direct the project, which is currently in development stages at Focus Features, and will also produce the film with Josh McLaughlin of Wink Productions. The screenplay comes from playwright Sarah Ruhl. Wang addressed reports about the project on Twitter, emphasizing that the film is not “a remake.”

“Leaks on projects are really obnoxious because it lacks total context and all relevant perspective,” Wang wrote. “If people wanted to know what a filmmaker is working on, perhaps they could actually ask the filmmakers involved? I’ve always been very transparent about my passions.”

The new project is adapted from Kore-eda’s Japanese language film, which debuted at the Cannes Film Festival in 2013, going on to win the jury prize and the prize of the ecumenical jury – special mention for the filmmaker. Kore-ada’s film — which starred drama Fukuyama Masaharu, Ono Machiko, Maki Yoko and Lily Franky — centers on two families who discover their 6-year-old sons were switched at birth.

Last year, Wang’s “The Farewell” was an award season standout, earning the best feature prize at the Film Independent Spirit Awards, a spot on AFI’s Top 10 list, and a Golden Globe win for the film’s star Awkwafina.

News of the “Like Father, Like Son” adaptation adds to an increasingly busy slate for filmmaker, who is also set to write, direct and executive produce “The Expatriates” with Nicole Kidman at Amazon.

The Observer was first to report the news.