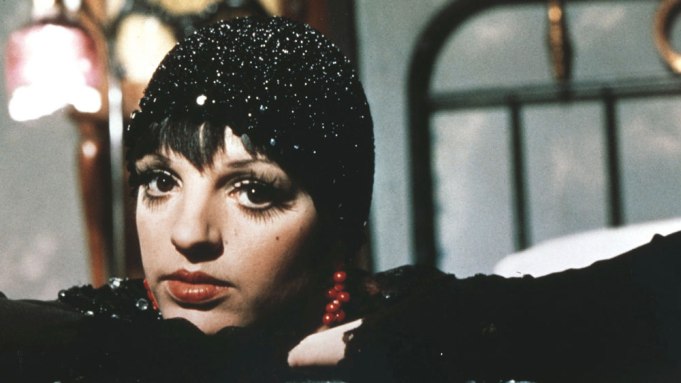 Liza Minnelli was only 25 years old when she won an Oscar for her work as Sally Bowles in Bob Fosse’s film adaptation of the Broadway musical “Cabaret.”

But after the film’s release and six months before the Academy Awards were handed out, the two collaborated again — this time on “Liza With a Z: A Concert for Television,” an NBC special that aired on Sept. 10, 1972.

Fosse directed, choreographed and co-produced the show with music by Kander and Ebb. Halston designed the costumes.

And now, Variety has obtained rarely scene footage of Minnelli performing the “Mein Herr” number from “Cabaret.” It was cut from the telecast, later included on a now out-of-print DVD of the show.

“Liza With a Z” went on to win four Emmys, a Directors Guild of America Award and a Peabody.

A remastered print of the show was released in 2006 on Showtime after the original negatives were thought to be lost but were later found in 1999.

“I loved making ‘Cabaret,’” Minnelli tells Variety. “That was really fun because of Bob Fosse. I trusted directors and listened to them and what I saw him doing, I knew hadn’t been done before.”

She continued, “We were great friends. He was like my dad [Vincente Minnelli]. He could tell you what to do and make you think it was your own thought.”

Minnelli, who was a professional dancer before becoming a singer and actor, also said, “I have scoliosis, and he noticed that because when I’m standing, sometimes it looks like a little knock knee,” she recalled. “He noticed that one leg went higher than the other. He took all my mistakes or things that I did that I thought were awful or he thought were unusual and he used them.”