Lin-Manuel Miranda on Bringing ‘In the Heights’ to the Big Screen: ‘We’re Allowed to Take Up Space’ 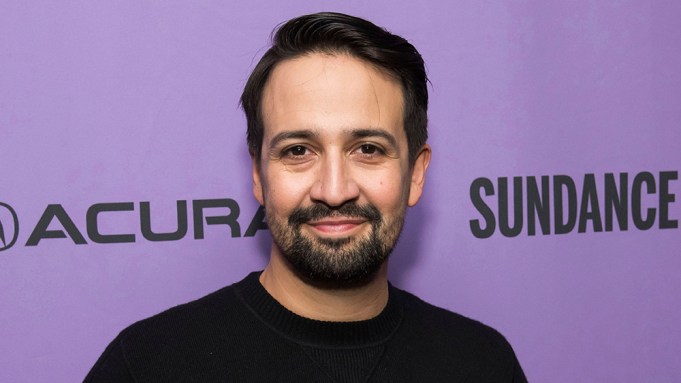 Lin-Manuel Miranda is having a busy Sundance. The prolific playwright is in Park City, Utah this week as the interview subject of three documentaries — “Siempre, Luis,” “We Are Freestyle Love Supreme” and “Mucho Mucho Amour” — all premiering at this year’s film festival.

Miranda’s indie movie tour is only the beginning of his foray into films. His musical sensation “Hamilton” will hopefully be getting the movie treatment “sooner rather than later,” Miranda said at Variety’s Studio at the Sundance Film Festival. “Hamilton” director Thomas Kail filmed the stage show before the original Broadway cast members began to depart.

But before “Hamilton” makes its way to movie theaters, Miranda is bringing his first Tony-winning production, “In the Heights,” to the big screen. The show, a slice-of-life musical about a largely Hispanic community in Manhattan’s neighborhood of Washington Heights, will debut this summer. Jon M. Chu, who most recently brought box-office smash “Crazy Rich Asians” to life, directed “In the Heights.”

“The lesson I got from Jon is we’re allowed to take up space with our stories,” Miranda said. “He used his post-“Crazy Rich Asians” capital to say, ‘No, we get to take a big swing.’ This story, which could very easily have been this indie tiny musical about this neighborhood, [he] was like, ‘This deserves a big swing. And this deserves to be as big as any of the other movies out there.'”

“It is about superheroes,” his dad, Luis Miranda said. “But the heroes of every community of every neighborhood, the normal people who get up every morning and work and make every community great.”

The same could be said about the Sundance documentary “Siempre, Luis,” a portrait of Lin-Manuel’s father, a political adviser and Puerto Rican advocate. It chronicles Luis Miranda as he plans relief efforts after the devastation of Hurricane Maria, including bringing “Hamilton” to the island to raise money and awareness. Luis Miranda said he found it emotional to watch the film for the first time.

“I realized what Puerto Rico has gone through since Hurricane Maria after fiscal crisis and failed governments to see the pain the island has gone through was very moving and sad,” Luis Miranda said.

After Hurricane Maria devastated Puerto Rico, Donald Trump did little to assist in rebuilding after the destruction. Lin-Manuel Miranda had a few choice words for the president’s response (or lack thereof).

“My first instinct when I hear your question is: What response? He has treated Puerto Rico with indifference, if not outright hostility,” Lin-Manuel Miranda said. “Then when his ego was bruised by being called on that, he doubled down on the insults and the rhetoric. We’ve never had an administration as hostile to a U.S. territory.”

Luis Miranda didn’t find Trump’s attacks surprising, instead, noting the importance of standing in solidarity with minorities that the president has been privy to take aim at.

“It’s also reminding people all of our brothers and sisters in the Latinx community that if one of our communities is treated badly, everyone is in the same boat,” he said. “He started with Mexicans — [saying] Mexicans were criminals and rapists as he’s coming down his palace at Trump Tower. Nothing has changed, we’re just the latest racist chapter in the history of Trump.”

Watch the full video interview above.