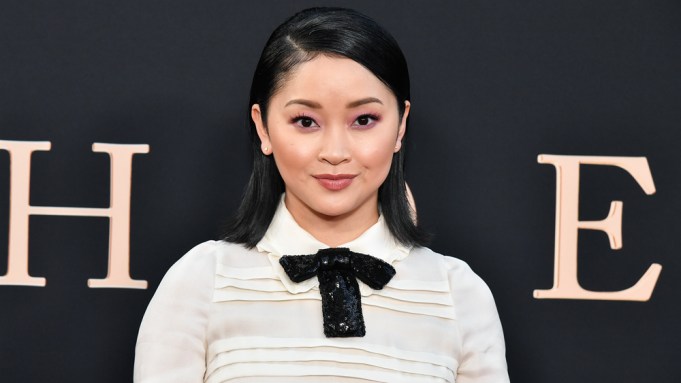 Lana Condor reprises her starring role as Lara Jean Song Covey in “To All the Boys: P.S. I Still Love You,” one of two sequels to Netflix’s hit teen rom-com “To All the Boys I’ve Loved Before,” which debuted in 2018. But despite her top billing in the series, based on books by Jenny Han, the Vietnamese American actor isn’t immune to insensitive comments in the casting room.

As Condor originally shared with Teen Vogue, a casting person once asked her “to be more like Hello Kitty.”

She told Variety that she had a pointed response to the (non) direction.

“I remember when she said that, I just was like, ‘I don’t know what you mean.’ I straight up — you kind of have to call that out,” Condor said in an interview in the Variety studio.

A self-proclaimed optimist, Condor said she is heartened to be part the uptick in representation of Asians and Asian Americans on-screen, pointing to the success of films like “Parasite,” “The Farewell,” “The Foreigner” and “Crazy Rich Asians.”

“We’re making strides, and I see that,” she said. “When I go into rooms now, I’m taken more seriously. However, those little blurbs remind me that there’s still so much more work to be done in the industry and to knock out that ignorance.”

Part of that is telling specific stories about Asian American characters, like Lara Jean, a teenager of mixed Korean American descent whose cultural specificity was praised by viewers through the inclusion of subtle details, like when she drinks Yakult, a beverage popular in Asia. And in “P.S. I Still Love You,” Condor’s character will be going through an almost universal teenage conundrum: choosing between two love interests, Peter (Noah Centineo, who co-starred with Condor in the first film) and John Ambrose (Jordan Fisher).