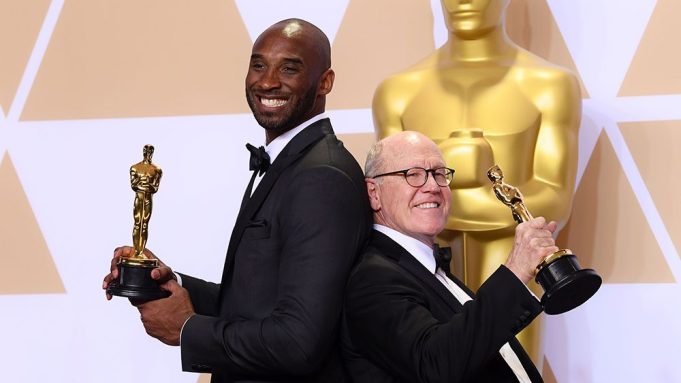 Granity Studio, Bryant’s multimedia production company, made the short film available on the dearbasketball.com website and on Vimeo.

The Academy Award-winning film, narrated by Bryant, is based on a poem he wrote in November 2015 in The Players’ Tribune to announce his retirement from the sport. The five-minute-and-22-second short “tells the inspiring story of one little boy living out his basketball dream.” The film was directed and animated by Glen Keane, and Oscar-winning composer John Williams provided the musical score.

“It’s a message for all of us,” said Keane as he accepted the Oscar for “Dear Basketball” alongside Bryant in 2018. “It’s through passion and perseverance that the impossible is possible.”

After “Dear Basketball” won the Oscar for best animated short, the film was difficult to find. Only a teaser trailer to the short appeared on the Granity Studios website and on dearbasketball.com.

Granity Studios was just one of many projects that Bryant working on post-retirement from basketball. The studio is dedicated to bringing sports-themed stories “that are crafted to entertain, by bringing education and inspiration together,” according to the Granity studios’ site. Granity published a young adult novel, “Legacy and the Queen” last September that was written by Annie Matthew from a story by Bryant, and produced a podcast, “The Punies,” that debuted last August. A second season had been announced.

The NBA legend died Sunday in a helicopter crash that killed eight other people, including Bryant’s 13-year-old daughter Gianna.