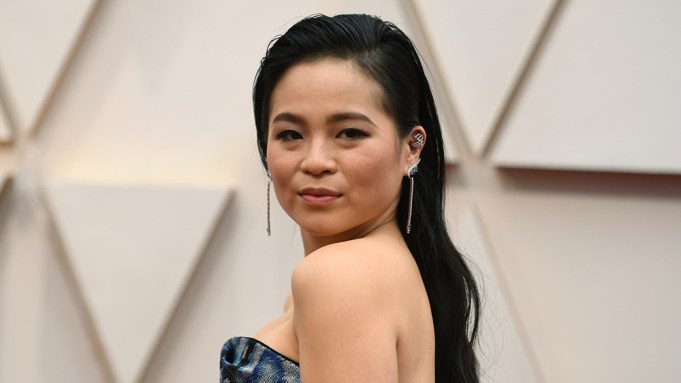 “Raya and the Last Dragon,” set in a fictional fantasy land called Kumandra, follows a fearless warrior as she seeks to save the realm from evil forces. As previously announced, Awkwafina voices a character named Sisu, a rare water dragon who can transform into a human being. Don Hall and Carlos López Estrada are directing the film, which was written by Qui Nguyen and Adele Lim.

Tran shot to fame after starring in 2017’s “Star Wars: The Last Jedi.” She reprised her role as rebel mechanic Rose Tico in 2019’s “Star Wars: The Rise of Skywalker,” the final chapter in the nine-part Skywalker saga. Her casting in “Raya and the Last Dragon” makes Tran the first Southeast Asian American to lead a Disney animated film.

“I didn’t know that I was yearning just to see someone who looks like me,” Tran told Entertainment Weekly. “She is someone who is technically a princess, but I think that what’s really cool about this project, about this character specifically, is that everyone’s trying to flip the narrative on what it means to be a princess.”

“Raya and the Last Dragon” was originally expected to debut in theaters this November, but amid the coronavirus pandemic, its release was shifted back to March 12, 2021. Though the film has been kept mostly under wraps, Awkwafina teased the project to Variety at D23 Expo last year.

“We keep saying [it’s about] sisterhood,” Awkwafina said. “Raya — when we talk about Disney idols — she’s, as you would say, ‘bad ass.'”