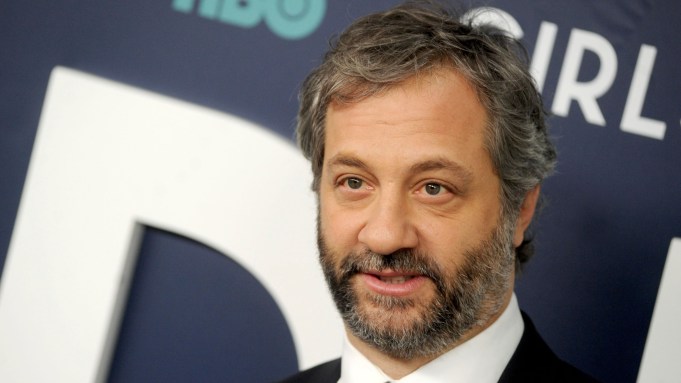 During a wide-ranging conversation among screenwriters for Variety’s upcoming Virtual FYC Fest, Judd Apatow called the recent decision by Warner Bros. to release its entire 2021 slate of movies simultaneously both in theaters and on HBO Max “a sea change in the industry.”

Apatow’s latest film with Universal, “The King of Staten Island,” was among the first movies to skip theaters entirely because of the coronavirus pandemic, and went straight to premium video-on-demand in June. Apatow said that the decision was made mutually with the studio when they all realized that the only other option was to wait at least a year. “It was a very respectful conversation about how to get the movie out there,” he said.

Since “The King of Staten Island” revolves around firefighters, nurses and first responders, Apatow said he felt particularly strongly about having the movie available for audiences: “The only thing I really have to give to the human race is something pleasant at a time like this that might make you feel happy and appreciate the people that are risking their lives for you.”

The Warner Bros. day-and-date announcement has up-ended the industry. The company went to its “Wonder Woman 1984’” creative partners, Patty Jenkins and Gal Gadot, and made a deal with them on the movie’s HBO Max release before making it public. But with the company’s larger slate — such as “Dune” and “Matrix 4” — its strategy appears to have been shock and awe. The result has been anger, confusion and nervousness among filmmakers such as Christopher Nolan, the Directors Guild of America and partners like Legendary Entertainment. In an essay for Variety published on Thursday, “Dune” director Denis Villeneuve blasted the strategy, writing that WarnerMedia parent company AT&T “has hijacked one of the most respectable and important studios in film history.”

Apatow said: “It’s somewhat shocking that a studio for their entire slate could call what appears to be nobody. It’s the type of disrespect that you hear about in the history of show business. But to do that to just every single person that you work with is really somewhat stunning.”

In a conversation  on Thursday between WarnerMedia CEO Jason Kilar and Variety editor-in-chief Claudia Eller during the magazine’s annual Dealmakers event, Kilar defended the move. “We’re in the middle of a pandemic. I can’t wave that away,” he said.

Kilar told Eller that he has been working to smooth over how angry the Warner Bros. decision has made Hollywood, saying, “The vast majority of those conversations have been very, very positive because as people are able to hear from us, and to be able to be taken through it, and to be able to have questions answered, ultimately people feel good about that.”

One question Apatow raised was about compensation, which he said he and Universal worked out before “The King of Staten Island” went to PVOD. But switching movies that were meant for theatrical distribution to a streaming service is different, Apatow said.

“It creates a financial nightmare, because most people are paid residuals — they’re paid back-end points,” Apatow said. “What they get out of it for years and years of hard work is usually based on the success of their films. And so now what does it mean to have a movie go straight to streaming? How do they decide what to pay you? Do you even have a contract that allows you to negotiate, or is it really just up to them at this point? It raises thousands of questions, which I’m sure are very complicated.”

Kilar told Eller: “We all want a healthy industry, we all want storytellers to be compensated fairly and ideally generously, and we ultimately want studios to be healthy, too. So this is all of us doing the best we can.”

In addition to Apatow, the panel of screenwriters included Kevin Willmott (“Da 5 Bloods”), Emerald Fennell (“Promising Young Woman”), Andy Siara (“Palm Springs”) and Aaron Sorkin (“The Trial of the Chicago 7″). None of their movies have opened in theaters because of the coronavirus pandemic, though Fennell’s “Promising Young Woman” is scheduled for a Christmas Day release in theaters such as they are.

Sorkin talked about the collegial experience he’d had with Paramount Pictures when the studio sold “Chicago 7” to Netflix.

He said that Paramount CEO Jim Gianopulos approached the topic with him in June after the company had done research about what types of audiences would feel comfortable seeing movies in theaters once they opened, and found, according to Sorkin, that it was people “who were denying that coronavirus was real.” They all felt that “Chicago 7” was not a great match for that audience, and so Gianopulos asked him whether they should approach streamers.

“Having Netflix come along was like having a lifeboat come along that has luxury cabins and a buffet,” Sorkin said. “It was an incredible gift.”