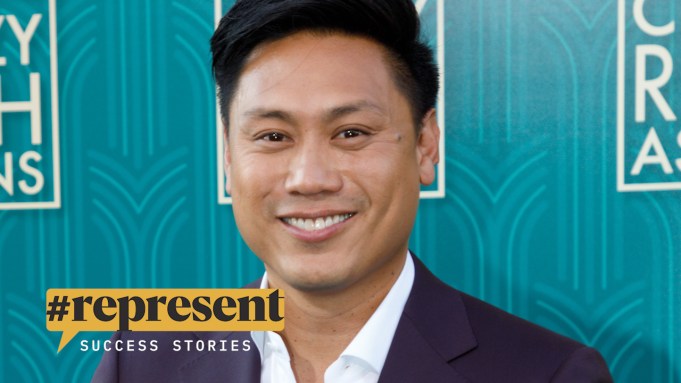 Jon M. Chu has only recently begun to accept the success of his groundbreaking 2018 rom-com “Crazy Rich Asians” — although he still can’t enjoy it. The hang-up, he reveals on Variety’s “#REPRESENT: Success Stories,” comes from enduring brutal critical reception for his previous features, including “Jem and the Holograms” in 2015.

“I got torn a new one. Plus, all my movies, I feel like they always get ripped on, from ‘Step Up 2,’ to ‘Step Up 3’ to the [Justin Bieber documentary] — they all get s— on,” the filmmaker says candidly.

The criticism, Chu says, led him to compartmentalize his emotions about box office numbers, critical reception and how he felt about his work as a filmmaker — hence why he still can’t fully relish in the success of “Crazy Rich Asians,” regarded as both a critical and box office win (it’s the highest-grossing romantic comedy since 2009 and was the first major studio film to center an Asian American story in 25 years).

“It’s why it was hard to actually accept its success, because I had already decided in my own life that I wasn’t going to depend on the critics, and I wasn’t going to depend on the box office. I was just going to make the thing, and I was going to focus on my next thing,” Chu says. “Only recently am I really able to actually sort of recognize it, but I still can’t enjoy it, because I already made a decision in my life not to let that part give me satisfaction, I guess.”

Chu and Nanjiani are joined by Hasan Minhaj, writer/director Lulu Wang and actor Ally Maki in the virtual roundtable, organized in honor of Asian Pacific American Heritage Month in May.

Chu adds that his studio track record enabled him to take on the perceived “risk” of helming a major film starring an all-Asian cast.

“I’ve made enough money for these studios that I could actually get away with one. I could actually convince them to do one,” he recalls, noting that it was the social media hashtag #StarringJohnCho that first convinced him an all-Asian cast was viable. “Crazy Rich Asians” starred Constance Wu, Michelle Yeoh and then-newcomer Henry Golding.

Writer/director Wang adds that when it comes to building a roster of bankable stars of Asian descent, it has, historically, been a chicken-or-egg question.

“The difficulty is if they say, ‘Oh, well, we don’t have any Asian faces that have enough star power to justify a movie this size,’ and you say, ‘Well, there’s maybe no Asian Americans with that kind of star power, because you never made a movie that put them in a position that allowed them to build their star power,” the “The Farewell” helmer observes. “So, thank God, Jon, that you did that, because there aren’t maybe people in the position that you are in, that have the ability to say, ‘Let me use the clout that I’ve built and the credit that I’ve built in the studios to get one for us.’”

On the challenges of completing a big studio film once you’ve started it, Chu likens the process to his own childhood, growing up in the Bay Area the youngest of five children and with his parents running a Chinese restaurant.

“I’m used to the chaos, and I’m used to, I don’t know, having it all go to s— and then figuring it out after,” he says, lightheartedly. “It’s basically a pirate ship that you’ve got to get to the next place. Whatever it takes.”

Chu’s next feature is “In the Heights,” based on the award-winning play by Lin-Manuel Miranda. The film was supposed to have its theatrical release in June, but has been pushed back a full year because of the coronavirus pandemic. He directed several episodes of the AppleTV Plus series “Home Before Dark.”