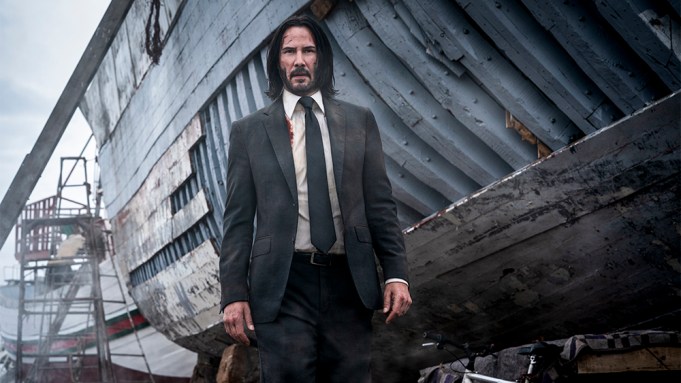 Lionsgate is turning its hit “John Wick” film franchise into a 10-story roller coaster ride at the Motiongate theme park in Dubai.

The “John Wick” ride, and another coaster based on the “Now You See Me” film series, are expected to open at Motiongate early next year. Variety has the exclusive first look at renderings of what the attractions will look like, below:

The “John Wick: Open Contract” coaster will offer riders a choice as they board: They can help John Wick — the assassin played by Keanu Reeves in the 2014 movie and its two (so far) sequels — or they can hunt him.

“You’ll get two different experiences depending on which path through the queue you choose to get on the ride,” said Jenefer Brown, executive vice president and head of global live, interactive and location-based entertainment at Lionsgate.

Brown said the ride designers worked with the “John Wick” filmmakers and production designer in re-creating the world of the film. Specifically, guests will walk through a scaled version of the Continental — the setting in the movies where assassins gather.

“I think what’s going to be amazing for fans is to have the opportunity to walk through the lobby of the Continental and experience different key moments in the settings that took place in the films,” Brown said. “This attraction in particular is really about setting the story by putting people in this very immersive environment, and then you really get the action as you get on the coaster. It’s 10 stories high, so there’s definitely a level of intensity that’s befitting of the ‘John Wick franchise that guests will experience.”

As for “Now You See Me,” the “High Roller” attraction is also a roller coaster, but set in a casino location. (The 2013 film and its sequel are about “The Four Horsemen,” illusionists who pull off robberies during their performances.) “Guests will have the experience of walking through the casino and taking part in a heist that the Horsemen are in the midst of pulling off,” she said. “There will be a really great immersive story experience that leads guests on to this coaster.”

Brown said the Dubai location is the first step in Lionsgate’s ambitious long-term goal of expanding its global theme park presence and taking on established rivals like Disney and Universal. Besides its segment of Motiongate, Lionsgate owns a smaller indoor amusement center, Lionsgate Entertainment World, in China.

“”John Wick’ is definitely an intellectual property that we feel is perfect for location- based entertainment,” she said. “Because the world is so rich and the characters are so intriguing. There’s a lot of story that we can tell there in an experiential way. “Now You See Me” is the same way, as magic is incredibly popular and universal. Doing this first ride in Dubai I think will establish what we can do in other places around the world, and we’re interested in expanding our portfolio of film franchises and TV series, in outdoor theme parks.”

Lionsgate already has a coaster based on “The Hunger Games” and a live music/dance show based on “Step Up” at Motiongate, which also has themed rides based on DreamWorks and Columbia Pictures properties.

In the U.S., Lionsgate has launching touring shows based on “Now You See Me” and “La La Land,” and has a “Saw”-themed escape room attraction in Las Vegas. But Brown said it remains to be seen whether large-scale thrill rides like “John Wick” will find a home here.

“We would love to bring these types of experiences and attractions here,” she said. “I think that there has just been more opportunity to date internationally. But I think that that is changing and we’re certainly exploring possibilities in North America. Hopefully in the not too distant horizon, we’ll be able to bring some of these larger scale experiences here. In terms of these larger footprint outdoor theme park/ indoor theme park type of experiences, it’s something we’re incredibly interested in and focused on. It’s just really a matter of finding the right opportunity and in mature markets like North America or Europe, those aren’t as frequent as in other parts of the world.”

Brown noted that as the “John Wick” and “Now You See Me” coasters in 2021, the timing will likely coincide with the further loosening of COVID-19 restrictions. Motiongate Dubai has already re-opened at reduced capacity.

“Capacity, while it may be reduced to 50%, we are seeing guests that are coming out at that those numbers and levels so I think that’s really encouraging for the industry,” she said. “It’s going to take some time for guests to feel comfortable but I think, the good news is that a lot of the measures that are being taken at our parks and across the industry have really convinced guess that that the safety and health requirements that are needed right now are there.”