Continue to Variety SKIP AD
You will be redirected back to your article in seconds
Aug 6, 2020 3:22pm PT 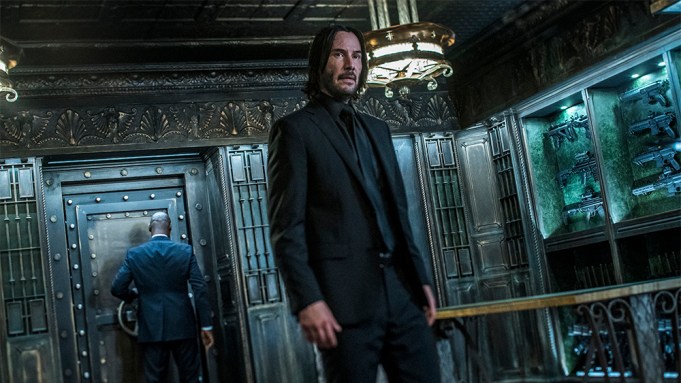 Lionsgate is expanding two of its key franchises, with a fifth “John Wick” movie and a “Dirty Dancing” reboot.

Lionsgate CEO Jon Feltheimer revealed the moves on Thursday afternoon during the company’s conference call with Wall Street analysts following the studio’s release of quarterly earnings, which came in above estimates.

Lionsgate revealed in July that “Dirty Dancing” star Jennifer Grey was collaborating with the studio on an untitled dance movie in which she will star and executive produce. But it refused to say if the project was tied to the 1987 hit “Dirty Dancing.”

Feltheimer said during Thursday’s call that it was indeed a “Dirty Dancing” movie.

“And to reveal one of the worst kept secrets in Hollywood, we’re pleased to confirm that Jennifer Grey will both executive produce and star in a new ‘Dirty Dancing’ movie for Lionsgate from ‘Warm Bodies’ director Jonathan Levine,” he said. “It will be exactly the kind of romantic, nostalgic movie that the franchise’s fans have been waiting for and that have made it the biggest-selling library title in the Company’s history.”

Lionsgate had announced last year that it had scheduled “John Wick 4” for May 21, 2021, following a strong opening for “John Wick: Chapter 3 – Parabellum.” Feltheimer said the studio has moved “John Wick 4” back a year and is planning to shoot it back to back with a fifth installment.

“We’re also busy preparing scripts for the next two installments of our ‘John Wick’ action franchise, with ‘John Wick 4’ slated to hit theatres Memorial Day weekend 2022,” he said. “We hope to shoot both ‘John Wick 4’ and ‘5’ back to back when Keanu becomes available early next year.”

Feltheimer also said Lionsgate has been moving to get back into production amid the COVID-19 pandemic.

“With the appetite for fresh content at an all-time high and options for consumers dwindling due to the global shutdown, we made it a strategic priority to be one of the first major studios back into production,” he said. “Over the past five months, we’ve put together a thoughtful strategy to restart production with protocols to best ensure the safety of cast and crew.”

“We recently began production on the thriller/horror film ‘The Devil’s Light’ in Eastern Europe, and we’re gearing up physical production to begin shooting several other films over the next two months, including ‘The Unbearable Weight of Massive Talent’ starring Nic Cage,” he said. “These efforts put us in a strong position to capitalize on a market short on supply.”