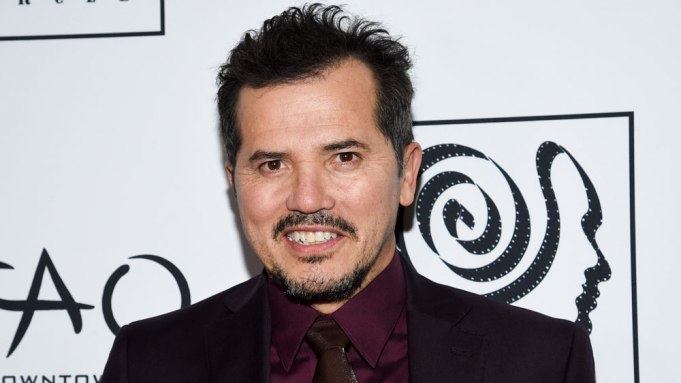 It’s been 25 years since John Leguizamo, Patrick Swayze and Wesley Snipes starred in the drag queen comedy “To Wong Foo, Thanks for Everything! Julie Newmar.”

The actors were lauded back in the day because it was considered courageous for cisgender straight men to play out and proud gay queens.

Leguizamo now says if the film were made today, casting would look a lot different.

Leguizamo has always credited legendary New York City drag queen Laritza Dumont for helping him transform into Chi Chi Rodriguez. “She helped me out a lot and I borrowed a lot of the lines from her and she gave me the attitude and she gave me the voice,” he says.

Imagining a remake and Leguizamo suggests Lady Bunny and Candis Cayne in starring roles. “They would put us to shame,” he says with a laugh.

Leguizamo is currently promoting his directorial debut, “Critical Thinking,” an indie drama based on the true story of a Miami teacher (Leguizamo) who coached an inner-city high school chess team to the national championship. The film will be available on VOD on Sept. 4.

“It spoke to me. I am that kid. I am that ghetto nerd, like these kids that don’t have a place that they fit in,” Leguizamo says. “It’s the true story of five kids, mostly Latinx and Black who grew up in Overtown. Back then it was called Liberty City and it was the roughest neighborhood in Miami. They were these kids who didn’t want to go the wrong route.”

Before the pandemic, Leguizamo, 56, was set to be in Canada shooting Reed Morano’s “The Power,” the Amazon series adaptation based on the bestselling novel of the same name, about a group of girls who have the power to electrocute people. “I was supposed to start shooting in March and go until August,” he says.

He’s now looking at a November start date. “About a month ago I signed COVID contract that [says] I would quarantine, that I wouldn’t leave the set and I would stay in the hotel, yada, yada, yada,” he says. “I was supposed to shoot in Canada. Now I’m going to shoot in London. It’s less spikes. It’s easier to do over there. There might be less restrictions than there are in the U.S.”

The cast will have to quarantine for two weeks in London before they’re due on set. “And then testing every day,” Leguizamo says.

He recently spoke to Ethan Hawke, who is filming a movie in Ireland. “He’s saying it’s so weird and that he doesn’t even know what his DP looks like because all he see is this,” Leguizamo says, putting his hand on his face like a mask. “He wouldn’t recognize him outside of his mask.”

Leguizamo has spent his career advocating for better Latinx representation. From his award-winning one-man stage plays “Spic-O-Rama” and “Latin History for Morons,” to his dozens of film and television credits, he has been speaking up about diversity and inclusion for the entirety of his 30 years in the business. “We’re 25% of the U.S. box office,” he says. “We’re the largest ethnic group in America, but with less than 4% of the faces in front of the camera and less than 3% of the crew behind the camera and less than 1% of the stories being told and forget about executives — that’s like .0 something. That’s not okay.”

In the fall, he’s publishing his first comic book, “PhenomX and the Uncontrollables,” about a group of Latinx superheroes. “I wanted to create my own superhero from my own standards,” Leguizamo says. “It’s not an easy paradigm to crack. Comic books are so difficult because almost everything has been done. How do you reinvent it and make it your own. It’s tricky. It’s taken me a couple of years to do.”

And when he’s not working, Leguizamo is doing what he can to get Joe Biden elected president. Just take a look at his Twitter feed. “I helped Andrew Yang, then I was Bernie and now I’m Joe Biden,” Leguizamo explains.

He remembers seeing Donald Trump at nightclubs in New York City. “He was hanging out at the front, hitting up on every young hottie who walked in,” Leguizamo says. “He was always ‘scouting for talent,’ as they used to say back in the day.”

He never could have imagined that Trump would become president one day. “We knew he was a clown,” Leguizamo says. “That’s the thing, nobody knew about him like New Yorkers did. We knew he was fake. We knew he wasn’t really wealthy or rich. Who goes on to do a TV show if you’re really a billionaire? You’re not going to be working for minimum wage, basically. Who does that if you’re really rich? We knew the real deal, but the rest of American believed that TV show and believed that he was filthy rich and he wasn’t.”

You can listen to the full interview with Leguizamo above. Hear what he has to say about filming “Moulin Rouge!” as well as “Spawn.” You can also find “The Big Ticket” at iHeartRadio or wherever you listen to your favorite podcasts.

Sign up here for Variety’s weekly Production Restart newsletter tracking the return to shooting around the globe.