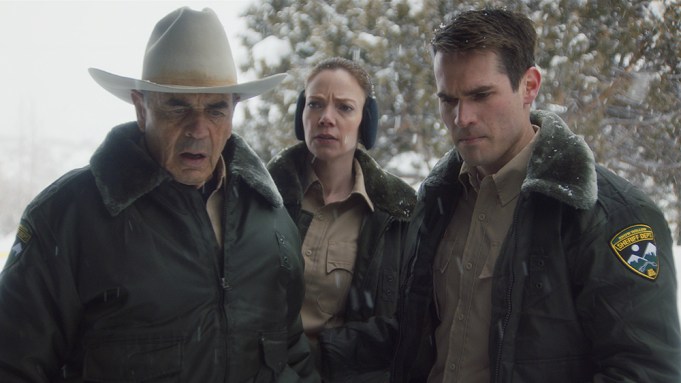 Jim Cummings finds himself on the hunt for the culprit behind a series of grizzly murders in the first trailer for “The Wolf of Snow Hollow.”

Cummings wrote, directed and stars in the horror-thriller, centering on the sheriff of a small mountain town. After bodies are discovered following each full moon, he consumes himself with finding the killer behind the brutal attacks.

Cummings described his character as “a complete bulldozer and asshole” who “doesn’t listen to the people around him.”

“That’s how we introduce the guy,” he said. “He’s at AA and he sounds like a murderer. He talks about driving a forklift through his ex-wife’s house.”

The cast includes Robert Forster, in his final feature role, along with Riki Lindhome, Chloe East and Jimmy Tatro. The film, from Orion Classics, will release in theaters and on-demand on Oct. 9.