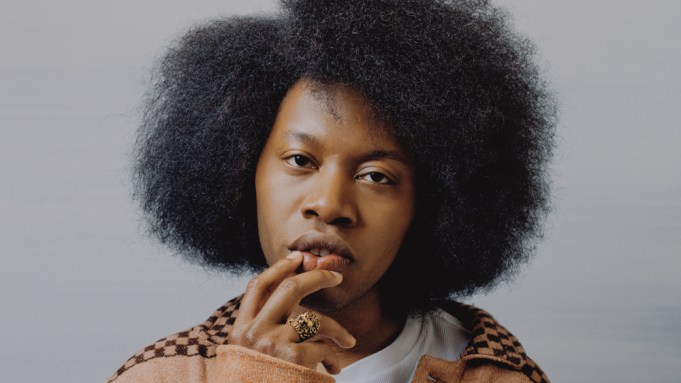 Jeremy O. Harris knows exactly how big his plans are: “I think for me to call myself ambitious would be an understatement,” he acknowledged on a recent call from Rome.

But the playwright, performer, producer and budding director is building the career to back it up. His Broadway buzzmagnet “Slave Play” earned a whopping 12 Tony nominations, breaking a record set by “Angels in America,” and he’s expanded into writing for film (“Zola”) and TV (“Euphoria”). He also turned heads when he convinced HBO, as part of his overall deal with the network, to give him a discretionary fund to produce new, experimental stage work. During the pandemic, he’s used that money to back two digital/theater hybrid productions, “Circle Jerk” and “Heroes of the Fourth Turning,” that have gotten Theater Twitter talking in recent months.

And there’s a lot more on his plate. Harris, who was in London in March and has remained in Europe for the last eight months, talked with Variety about the plays he’s writing and producing, the movie he’s thinking about directing and what theater awards mean in an industry darkened by the pandemic.

Back when you were working on “Slave Play,” did you ever imagine the kind of success that it’s gone on to have?

I hope in me saying this, I don’t sound crazy: It’s something that I did imagine, but abandoned very quickly. I’m a big awards nut, not because of what they mean for my ego, but because I’m obsessed with the tangible lineage that awards provide. If you’re a young kid in Virginia like I was and want to know what the best plays are, you might not have access to the academic understanding of what those things are. But you might be able to find and read every play that’s won a Tony for best play, or every play that’s won a Pulitzer. That’s what I did. So being a part of those lists feels important to me because it’s a marker of where our culture was in ’91, or ’92, or 2020, for better or for worse.

At the end of our very first press meeting for the Broadway production of “Slave Play,” I said, “Hey, guys, because of the ways in which this play is having conversations about Black identity, Black self-actualization, the history of chattel slavery and what that does to our psyches, I think ‘Slave Play’ actually sits inside of a really important space in American culture, kind of like ‘Angels in America’ did, and I think we should try to get as many Tony nominations as ‘Angels in America.’” Which is a crazy thing to say, and everyone treated me like it was a crazy thing to say.

But what also made it seem like a possibility was the fact that we had eight performers who did some of the best work I was seeing on or Off Broadway, and our design team was doing some really detailed, complicated work. I wanted everyone to be celebrated.

Has the pandemic and the theater industry’s freefall changed how you think about awards?

It’s so complicated, in a year where so few things are going well for people financially or psychologically. I feel like whenever I talk about the Tonys, I want to add: Who cares? But the other side of that coin is that because there have been so few spaces of joy and pleasure in this horrific year, I think that any excuse to celebrate is a huge win, for not only me, but for the community at large. It reminds us that theater has existed, and therefore will exist again. It’s like the dove in Noah’s arc. Everything’s been razed over, but there is some green somewhere.

What new theater projects are you working on these days?

I think the revival culture of Broadway is white supremacist at its very core, and it’s completely patriarchal. So with another producer, I’m working on producing a show on Broadway next season that I think people would say doesn’t belong on Broadway, because the original production didn’t play there. But it’s a necessary show, and it’s a show that engages with my love of the Black theatrical tradition, and of the Black canon that hasn’t been recognized on our major stages to the extent that the white canon has.

I’m also writing two new plays right now. One is an adaptation of the Brecht play “Fear and Misery in the Third Reich.” That play was originally called “Scenes From the Master Race,” so my title is “Fear and Misery of the Master Race (of the Brecht).” It starts in June 2015, which was the month that I think America had its full psychotic break, when Trump announced his presidency, and Rachel Dolezal had come out, and the Dylann Roof shooting happened. The play is 23 scenes in the homes of various white families in America, and it goes from that month all the way to November 2016. I think it’s probably going to be at Lincoln Center. The other one is for Broadway, and that’s all I can say about that one.

Along with your involvement in “Euphoria,” what’s next in TV for you?

I’m adapting a book for HBO with a playwright I’m really obsessed with. It’s going to be announced soon.

And then you’ve got movies on your plate, too.

Yeah, I’m writing two studio films. I’m working with Warner Bros. on “The New World,” and I have a movie that I’m writing for an actor – I can’t say who, but a really fun movie.

I’m also adapting some of my experiences in Europe for a film that I’m writing, and thinking about maybe directing. I’ve always been really obsessed with New Queer Cinema, and that moment when a lot of queer directors were breaking rules and making up new ones. I have a lot of frustration with queer cinema right now, and I think that the best place to put that frustration is not on my Twitter feed, but on some celluloid myself.

With people like Isaac Julien, Gus Van Sant, Marlon Riggs, Gregg Araki, Todd Haynes, Cheryl Dunye, there was this moment when queer cinema was actual fucking queer, and not just “gay.” I’m very interested in us getting past this need to have perfect representations or representations that appease, that beautify our experience and don’t live inside of the abject. So I’m excited to live inside of the abject, and have fun, and shoot it really well.

What’s the guiding principle for the work you’re doing as a producer?

I flinch at even calling myself a producer. I think of myself as a fellow artist-benefactor, in a way. I’ve Robin Hood-ed from HBO in a very small way, and hopefully I’m creating a model for other people to say, “How can I help my community by investing in other artists and investing in the work that they’re doing?” That’s what Edward Albee did, and that’s why we have Adrienne Kennedy as one of our great minds. And Edward had a trust fund to do that.

My practice has always been about looking at the work of theatermaking as community building. I know that I’m only here because of the good will of a litany of artists, and I feel very deeply like there are a lot of people I have to pay it forward to. So I’ve made that a part of the work that I do.

I keep trying and failing to write this essay about the fact that even though America will probably never make something like the Federal Theatre Project happen again, there’s a chance that theater artists can make it happen themselves by reminding all of these major corporations that all of their most exciting work is being done by theater artists.

If there is no landscape and no playground for theater artists to continue making theater, then there won’t be a generation of people making the kind of work that excites and tickles that way that “I May Destroy You” or “Fleabag” or “House of Cards” did. So many of the richest TV shows, if you look through their writers’ rooms, there are so many theater artists. Branden Jacobs-Jenkins, Claire Kiechel, Stacy Osei-Kuffour were all in the room of “Watchmen,” and that show was like the heartbeat of America. “Succession” is written by a mix of American and British theater artists.

The American theater has been deeply depleted of resources by the diminishment of the NEA, and by the rise of the Netflix/Hulu/streaming conglomerates, which have made the need for content so high that a playwright could write half a play and immediately be in like four writers’ rooms, and never go back to the theater. I think that does something to the soul of a nation, and to the type of art that it makes. I think these are the things we should be looking at, and thinking about how we can keep growing that culture.