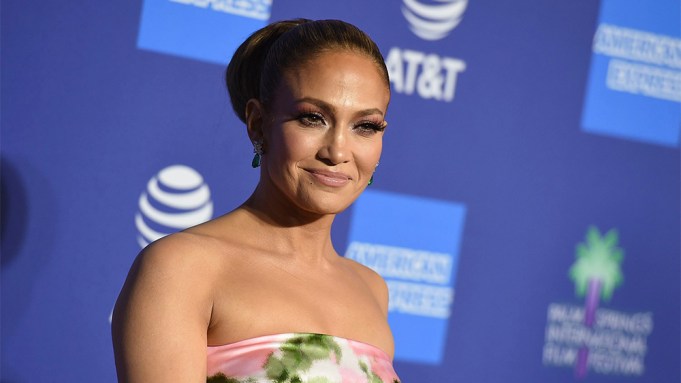 Celebrities really are just like us. Turns out that — like the rest of the Internet — Jennifer Lopez is a huge fan of Supreme Court justice Ruth Bader Ginsburg.

The “Hustlers” star opened up about her appreciation for the judge and how she invited the 86-year-old to the Washington stop of her It’s My Party tour on the Palm Springs Film Festival gala carpet. It all started with Lopez and her finace Alex Rodriguez’s viewing of the Ginsberg biopic “RBG.”

“On the day that me and Alex got engaged, we watched her documentary that night, and it was really about her marriage, a lot of it. Yes, it was about her accomplishments and everything she’s done on the bench, but it was also about this amazing marriage that she had of support, mutual support and understanding,” Lopez explained. “And me and Alex, we were just so taken with it, we reached out to her because I was about to go on tour.”

Unfortunately, fellow concert attendees were not treated to the vision of RBG rocking out to “On the Floor” — Ginsberg declined the invitation, as only a fellow icon could.

“She invited us to her chambers to see her,” Lopez continued. “She was like, ‘The concert’s a little bit late for me, but I would love to meet you, I’d love to sit with you.’ And we sat there in her chambers, and we talked about a lot of things, it was a great meeting. She’s an amazing lady, definitely somebody to look up to.”

The pair’s meeting had already made headlines after Ginsburg revealed it back in August, telling reporters at a Library of Congress event that Lopez had reached out for marriage advice ahead of her nuptials to former pro baseball player Rodriguez.

“She mostly wanted to ask if I had any secret about a happy marriage,” the justice said of Lopez. “But now A-Rod is traveling with her to concerts all over the world.”

Ginsburg was cagey at the time about the exact contents of the meeting, but said she passed on the advice her mother-in-law gave her when the judge married her husband of more than 50 years, Marty Ginsburg.

“On the day I was married, my mother-in-law — I was married in her home — she took me aside and said she wanted to tell me what was the secret of a happy marriage,” Ginsburg said. “It helps sometimes to be a little deaf.”

Now let’s use the mental image of those two together to get us through the rest of 2020.