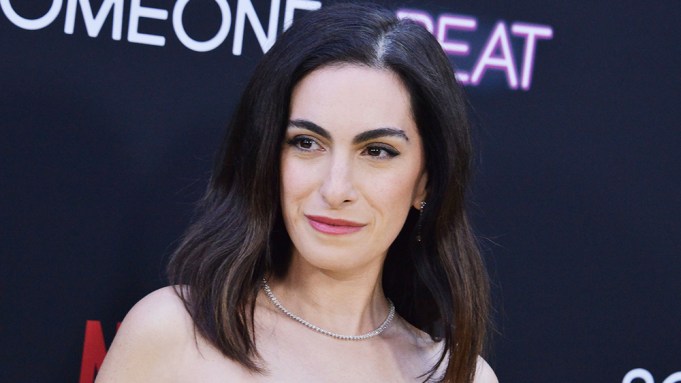 Director Jennifer Kaytin Robinson is returning to Netflix for her next directorial effort.

Following the breakout success of her first feature, the anthemic breakup tale “Someone Great,” Robinson returns with a new project she’ll direct, produce and has co-written, titled “Strangers.”

Inspired by Alfred Hitchcock’s “Strangers on a Train,” the dark comedy will follow unlikely cohorts Drew (an alpha, “It” girl) and Eleanor (beta, alt girl) who agree to go after one another’s bullies. Co-written with her “Sweet/Vicious” collaborator Celeste Ballard, the story features “the scariest protagonists of all: teenage girls,” according to the logline.

Anthony Bregman and Peter Cron of Likely Story will produce alongside Robinson, who has been on a hot streak of late. She’s set up a TV adaptation of the teen dance classic “Center Stage” at Sony Pictures Television. Robinson has also been recruited to co-write the screenplay for “Thor: Love and Thunder,” the Marvel sequel which will reunite Chris Hemsworth, Natalie Portman, Tessa Thompson and director Taika Waititi. There’s also The CW series “Obsessed” in development, a one-hour dark comedy that Robinson will executive produce and also direct the pilot.

Robinson, who was among Variety‘s 10 TV Writers to Watch in 2016, is repped by CAA, The Gotham Group and Morris Yorn.

“Someone Great,” which was inspired by a Taylor Swift song and subsequently inspired Swift to write another track after its release, starred Gina Rodriguez, Brittany Snow and DeWanda Wise. That film centered on Rodriguez’s devastating breakup, and a final night in New York City before moving to California to accept her dream job.

Robinson is also the creator and executive producer of MTV’s critically acclaimed and fan-beloved “Sweet/Vicious.” The series examined sexual assault crimes on college campuses, and became a cornerstone for survivors’ portrayal on television.