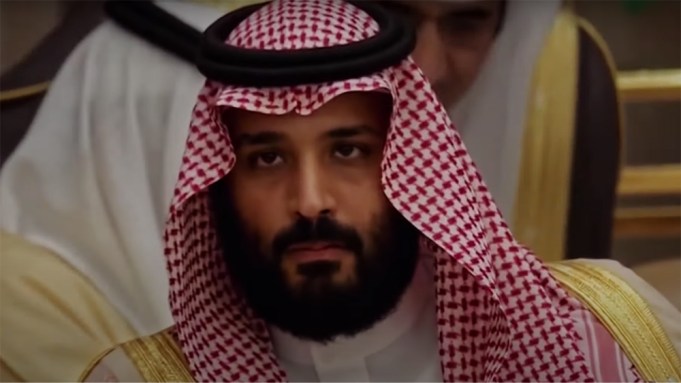 When Bryan Fogel premiered his new, politically charged documentary “The Dissident” at this year’s Sundance Film Festival, he called on potential buyers to “stand up to Saudi Arabia” and show their support for freedom of speech.

Now, nearly eight months after it debuted to strong reviews, “The Dissident” has found its distributor in Briarcliff Entertainment. The film entered Sundance as one of the hotter acquisition targets due largely to the fact that Fogel won an Oscar for his most recent effort, the Russian doping documentary “Icarus.” The extended wait for a deal and the relatively low profile of the buyer, a newbie in the indie film space, may indicate that more established studios were wary of touching a film that probes the murder of Jamal Khashoggi. According to the CIA, the Washington Post journalist was reportedly killed and dismembered at the order of Saudi Crown Prince Mohammad bin Salman due to his criticism of the regime. His brutal death drew attention to the repressive practices of the Saudi government at a time when the country was opening itself up more widely to U.S. investment and strengthening its ties to Hollywood. Variety owner Penske Media has financial backing from the Saudi government’s public investment fund.

At the film’s Sundance premiere, before a crowd that included Hillary Clinton and Alec Baldwin, Fogel indicated that he knew that the film might prove too hot to handle for certain companies.

“In my dream of dreams, distributors will not be fearful and give this the global release that this deserves,” Fogel said.

Even if a buyer was slow to materialize, critics embraced the film. Variety‘s Owen Gleiberman wrote that “‘The Dissident’ is riveting, but it’s also a moving testament to a man whose courage burned too brightly to die with him.”

Briarcliff Entertainment, which is run by former Open Road chief Tom Ortenberg, acquired domestic distribution rights to “The Dissident” and is planning a theatrical and VOD release in late 2020. In a press release, the company said it was also planning events to coincide with the second anniversary of Khashoggi’s assassination.

“My hope is that this film will enshrine [Khashoggi’s] memory as well as ensure that justice is served, and that our society no longer turns a blind eye to the brutal human rights violations committed by the Saudi regime,” said Fogel in a statement. “I am thrilled that the film will receive a truly independent release, detached from corporate and special interests, so that we can authentically work towards these worthy outcomes.”

Briarcliff was founded in 2018 and has previously released Michael Moore’s “Fahrenheit 11/9” and the supernatural thriller, “Don’t Let Go.”