Issa Rae on Her On-Screen Romances: ‘There Are People Who Don’t Procreate With Just White People’ 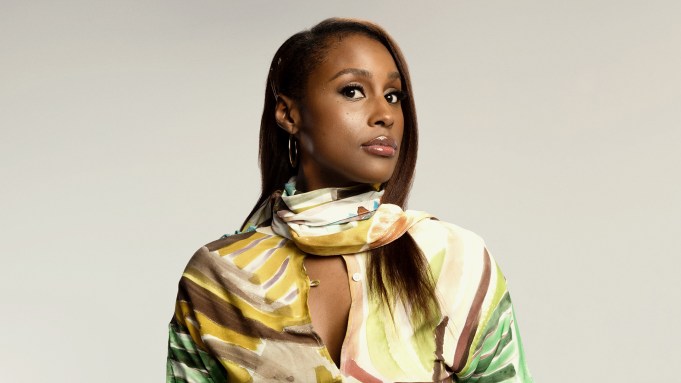 Issa Rae co-stars in two romantic movies with leading men of color this year: “The Photograph,” a drama with Lakeith Stanfield, and the upcoming rom-com “The Lovebirds” with Kumail Nanjiani. Rae said the former — written and directed by Stella Meghie — echoes the nostalgia of one of her favorite films centered on black love, “Love & Basketball.” The latter features a coupling she hasn’t seen since Denzel Washington romanced Sarita Choudhury in 1991’s “Mississippi Masala.”

“Every time there’s an interracial romance, it feels like it centers on whiteness, and it doesn’t have to,” Rae told Variety. She added, with her signature deadpan, “Just so you know, there are people who don’t procreate with just white people.”

The star and creator of the HBO comedy “Insecure” is certainly keeping busy. In addition to starring in movies, like “The Hate U Give” and “Little,” she executive produces shows like “A Black Lady Sketch Show,” which HBO renewed for a second season in August; co-founded a music label, Raedio, under Atlantic Records; and is part owner of Hilltop Coffee + Kitchen in Inglewood, Calif., where she grew up.

The fourth season of “Insecure” debuts on April 12, and Rae teases that, yes, #LawrenceHive — the fan-driven social media phenomenon centered on Jay Ellis’ character, Lawrence — will be in full force. His fans will be delighted that Ellis directed an episode, albeit one that Rae herself is not in.

“Insecure” devotees also may get a resolution concerning (SPOILER ALERT) love interest Nathan (Kendrick Sampson) from Season 3. Nathan — sometimes known as “Lyft bae” since Rae’s character, Issa, met him while she drove for the app — ghosted her. He re-emerged toward the end of the season, only to be summarily dismissed by Issa.

Some criticized the show for not diving more deeply into Nathan’s suggestions that he may have been struggling with his mental health and, as a result, temporarily bailed on Issa. But Rae said that it was important that Issa asserted her independence by the end of the season and that Nathan’s struggle is something the show may dive into more in the upcoming episodes.

“We knew we wanted to end [Season 3] with that revelation, and we knew the following season, we wanted to go into it just a little bit more,” Rae said. “We didn’t want it to be some big plot twist like, ‘Hey, I’ve got to tell you this.’ We want that to build gradually so you’re kind of going on that journey with him.”

And in case you’re wondering, she is still, of course, rooting for “everybody black.”

After co-announcing the overwhelmingly white and male 2020 Oscar nominations with John Cho, Rae said she was growing tired of questions about diversity and the dearth of women being recognized for their work in Hollywood.

She also credited Joaquin Phoenix for bringing up systemic racism in the industry during his acceptance speech for best actor at the BAFTAs, but is still waiting to see some actual results.

“I thought it was a step in the right direction. It’s just — hopefully, something will be done,” Rae said. “I think it’s easy to be like, [clapping to mimic applause] ‘I’m so glad he said something. Next. Let’s go get tacos.’”

Watch Rae’s full interview in the Variety studio above.