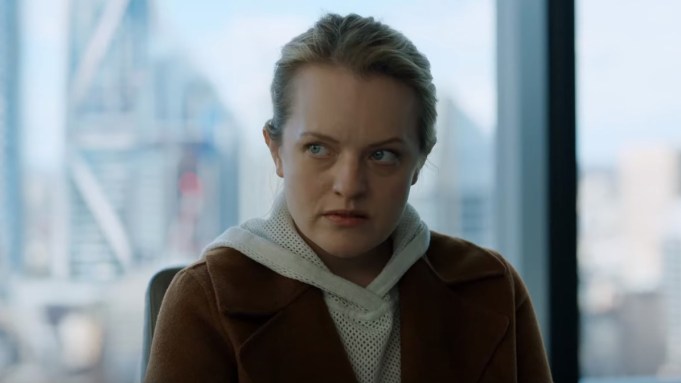 Despite a solid showing from Universal’s “The Invisible Man” at the international box office, Paramount’s family film “Sonic the Hedgehog” reigned supreme for the third weekend in a row.

“Sonic” added $26.8 million from 62 abroad markets, representing about 76% of its foreign footprint and bringing its international total to $137.2 million. Domestically, the movie picked up another $16 million this weekend, pushing its global haul to a strong $265 million. Among new territories, “Sonic” debuted in Indonesia with $2 million, Poland with $1.1 million and Thailand with $248,000.

Though “Sonic the Hedgehog” was the top film overseas, “The Invisible Man” dominated global box office charts with its $49.2 million debut. Despite fears of Coronavirus possibly affecting moviegoing, the terrifying thriller starring Elisabeth Moss kicked off with $20.2 million internationally from 47 markets, along with $29 million in North America. The Blumhouse-produced film cost $7 million, meaning it will easily become profitable for the studio.

Leigh Whannell wrote and directed “The Invisible Man,” a modern take on H.G. Wells’ novel. His version puts the spotlight on Moss’ character, who has to convince people her abusive ex-boyfriend, who died by suicide, is hunting and stalking her, despite the fact that nobody can see him. The film, which has gotten solid reviews from critics and audiences, had the strongest start in the United Kingdom, where it launched to $2.9 million. “The Invisible Man” also opened in France with $2.2 million, as well as Mexico with $1.8 million, Australia with $1.7 million and Germany with $1.2 million.

Elsewhere, Disney and 20th Century’s “The Call of the Wild” brought in $11 million from 50 international markets, roughly 90% of its international expansion. The Harrison Ford-led movie has made $79 million globally to date, a disappointing result since it carries a huge $125 million price tag.

Warner Bros.’ comic-book adventure “Birds of Prey” picked up $4.6 million from 78 foreign territories, bringing its international total to $109.6 million. Globally, the movie has made $188 million. “Birds of Prey” cost $82 million to produce and needs to make between $250 million and $300 million to break even.

In box office milestones, Guy Ritchie’s “The Gentlemen” crossed the $100 million mark. The crime drama has generated $66.7 million at the international box office, led by the U.K. with $15.6 million, Australia with $10 million and France with $4.2 million.