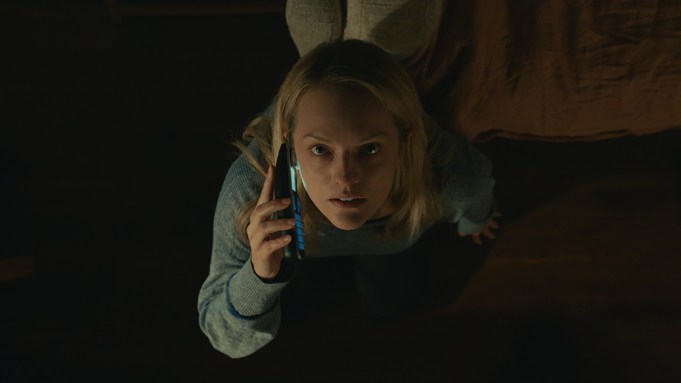 When Universal released “The Mummy” starring Tom Cruise in 2017, the results were horrific.

The big-budget reboot cost $350 million to make and promote, so the studio lost a sizable chunk of change when the film ended its box office run with $409 million globally. “The Mummy” was intended to kick off an interconnected cinematic universe — dubbed the “Dark Universe” — based on its iconic monsters. But after the pricey cinematic train-wreck, the studio shifted its strategy away from weaving together its classic characters for the horror equivalent of what Marvel pulled off with the Avengers and instead opted to create standalone stories that best suit each movie.

The new approach was put on display this weekend with “The Invisible Man,” a sci-fi thriller with Elisabeth Moss that debuted to $29 million. Blumhouse, led by horror maestro Jason Blum, produced the film for $7 million, excluding marketing and distribution expenses. Though its opening weekend was similar to “The Mummy” ($31 million), ticket sales for “The Invisible Man” put this film on the glide path to profitability, proving horror works best as a low-budget genre. “The Invisible Man” made an additional $20 million at the international box office, despite fears that coronavirus would impact moviegoing in parts of the world.

“You don’t need to spend a lot on a really good horror movie,” said Paul Dergarabedian, a senior media analyst with Comscore. “‘The Invisible Man’ proves that. It’s really about that core story and how it resonates with audiences. That’s been always the best thing about horror.”

In the age of streaming, studios have begun to favor movies that cost a ton (think: “Avengers: Endgame,” “Star Wars: The Rise of Skywalker”) or almost nothing at all (see: “Midsommar,” “Get Out”), leaving little room for mid-budget offerings. Horror has been a reliable moneymaker amid the uncertainty, but Hollywood companies are finding out the hard way that movies in the genre don’t work as well when they get too expensive. There are exceptions — like Warner Bros. and New Line’s “It: Chapter 2” — to be sure. But movies like “The Mummy,” “Alien: Covenant,” “Dark Shadows” and more recently, “Doctor Sleep” also from Warner Bros., demonstrate that overstuffed budgets don’t equal outsized returns. “Doctor Sleep,” a sequel to “The Shining,” cost $45 million and earned $72 million.

Director Leigh Whannell said the smaller budget worked in favor of the film’s realism. He credits Blumhouse, which has become synonymous with affordable horror hits, for knowing “how to milk every dollar out of the budget you have.”

“A lot of times when you see movies with huge budgets, the CG really calls attention to itself,” Whannell told Variety. “You’re so aware that you’re watching something that was created in a computer. What I’m trying to do is something completely different.”

“The Invisible Man,” a modern take on the novel by H.G. Wells, put the spotlight on Cecilia Kass (Moss), a woman being hunted by her abusive ex-boyfriend. When he dies by suicide, she has to prove her sanity and that she’s being stalked by someone that nobody can see. Critics and audiences alike praised the film for delivering on the scares without compromising on quality. Variety’s Owen Gleiberman called Whannell’s vision “ingenious and entertaining,” adding that “the thrills don’t just goose you; they have an emotional import.”

Opening weekend crowds were almost evenly split between genders, and well over half (64%) were over the age of 25. The film brought out a diverse audience: 46% of ticket buyers were caucasian, while 20% were African American, 18% were hispanic and 11% were Asian.

“Our partners as Blumhouse don’t cut corners when it comes to quality,” Universal’s president of domestic distribution Jim Orr said. “They consistently deliver hit after hit.”

For Universal, there was a lot was riding on the opening weekend of “The Invisible Man.” Though its efforts to build a Dark Universe were for naught, the studio has a handful of projects based on its monsters in the works, including Dracula and Bride of Frankenstein. Elizabeth Banks is also working on a separate film, “Invisible Woman,” for Universal. After the success of “The Invisible Man,” it appears to be on the right track.

“That Universal changed up its plans so quickly is a huge testament to their non-monolithic way of dealing with it,” Dergarabedian said. “They course-corrected, and it paid off big.”