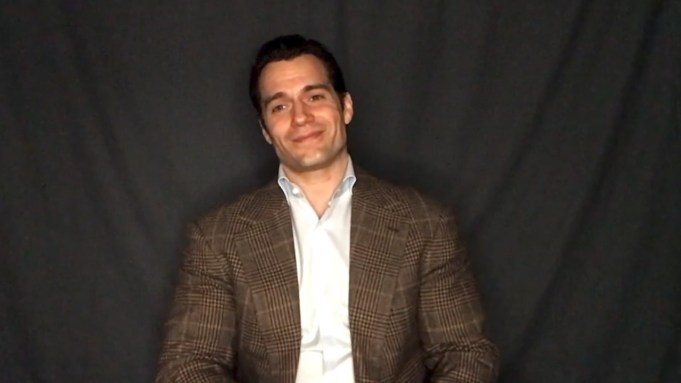 One of the most anticipated movies of 2021 isn’t a new one. Last month, director Zack Snyder announced that he would be releasing a recut version of the 2017 superhero film “Justice League” for HBO Max.

Snyder, who directed two previous blockbusters for Warner Bros’ DC Comics — “Man of Steel” and “Batman v Superman: Dawn of Justice” — had to depart “Justice League” in post-projection, due to a family tragedy. As a result, Joss Whedon (who made 2012’s “Avengers” and its 2015 sequel “Avengers: Age of Ultron”) was brought in to finish the movie, and fans blamed the directors’ competing visions and styles for the film’s cheesiness.

In an interview for Variety‘s Actors on Actors issue, Patrick Stewart asked Cavill what — if anything — he could say about the re-edited film.

“Okay, I’ve got a question for you, Henry,” Stewart said. “What can you tell me about the Snyder Cut?”

“Oh the Snyder Cut, the famous-slash-infamous-slash-all-sorts-of-things Snyder Cut,” Cavill said. “I can’t really tell you anything aside from the fact that all I know is that HBO Max will be releasing it, I believe, and it’ll be Zack’s final vision for the movie, and I don’t know anything more than that.

“I’m just really happy that Zack got to realize his vision,” Cavill continued. “I think it’s important for a filmmaker and a storyteller to have their intended vision released and shown to the world, and I’m looking forward to seeing it myself. It’s been quite the ordeal.”

Stewart asked for Cavill to elaborate. “With ‘Justice League’ when it came, there was a mix of visions and the movie wasn’t well received,” Cavill said. “And then over the subsequent years, there was a big push to see the fabled Snyder Cut. And now that time has come, and I think it’s going to be very enjoyable to watch Zack finally release his version.”

For more from Variety‘s conversation with Cavill and Stewart, read our full story here.